I was in Canada last week for a short break and I took time to visit McGill University, Sir William Osler’s spiritual home. 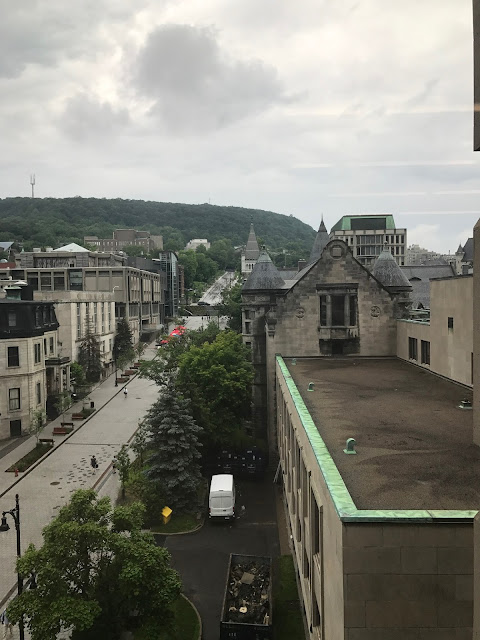 As you might remember, I got to know Sir William quite well when I transcribed and subsequently published a biography of him, from a manuscript originally written in 1934. Additionally, writing this blog has presented me with plenty of opportunity to get to know him even better. 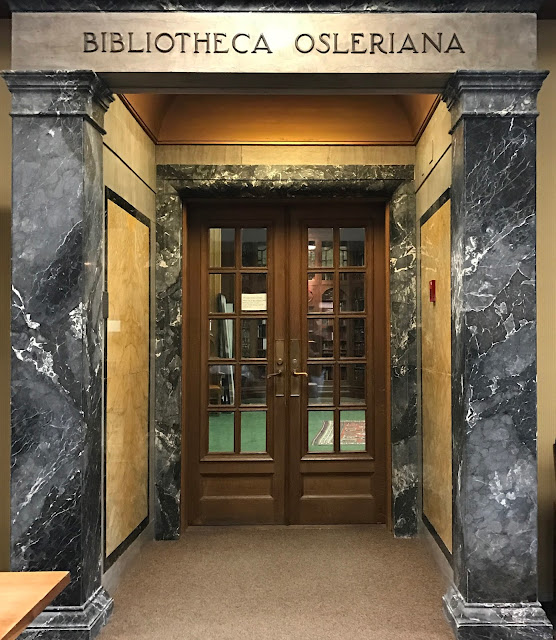 I literally started my visit at the bottom – the bottom of a huge hill. I went to the Rare Books collection at McGill in the morning, 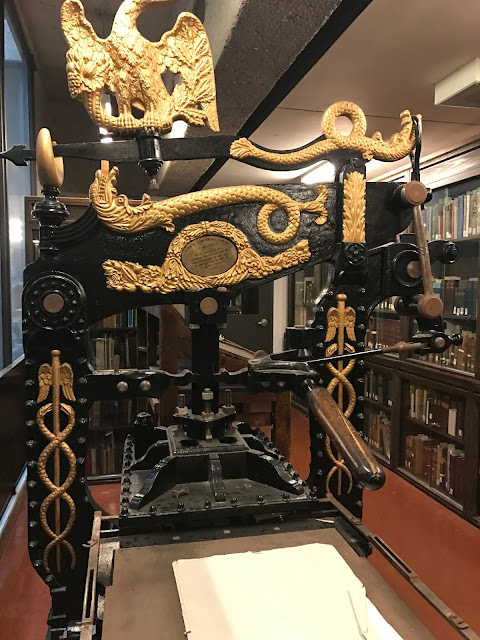 and had a chance to see some of their massive collection of books, as well as their architectural archives and ancient printing press (above).

Because this is the Fiftieth Anniversary of Expo 67, there was a good collection of Moshe Safdie’s works, including Habitat in Montreal, and Cold Spring New Town in Baltimore, just off of Cold Spring Lane, as well as some architectural models. 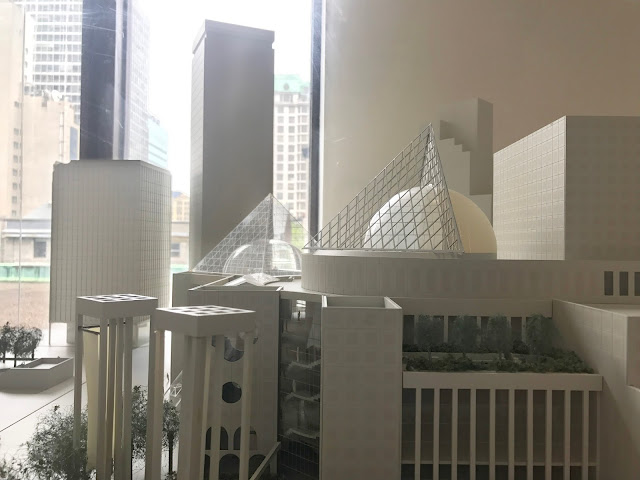 After lunch, I headed up the hill to Boulevard Sir-William, where the Osler Library is located. 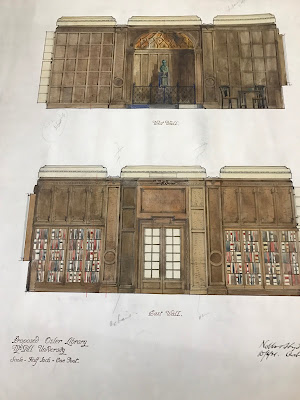 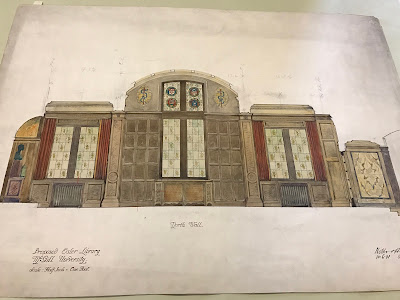 It was originally in another spot on campus, but when a new medical school building was built in the early ‘60s, the library was taken apart and moved to the new space. 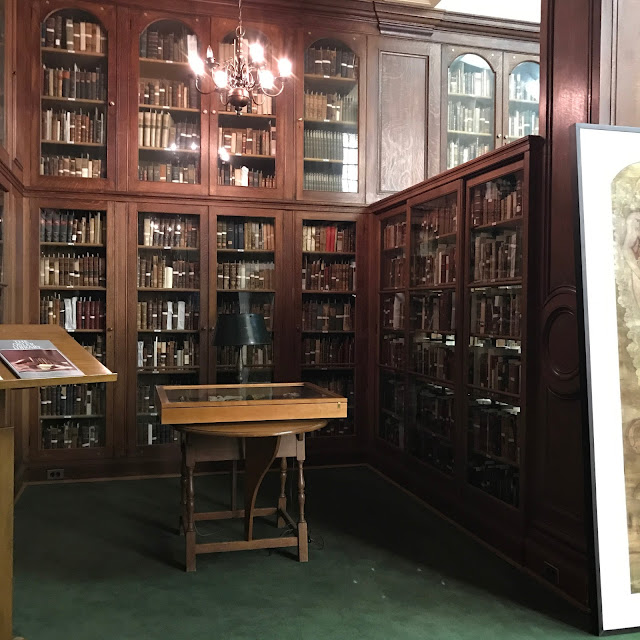 Sir William and Lady Grace Osler are both interred at McGill, behind a bronze plaque, 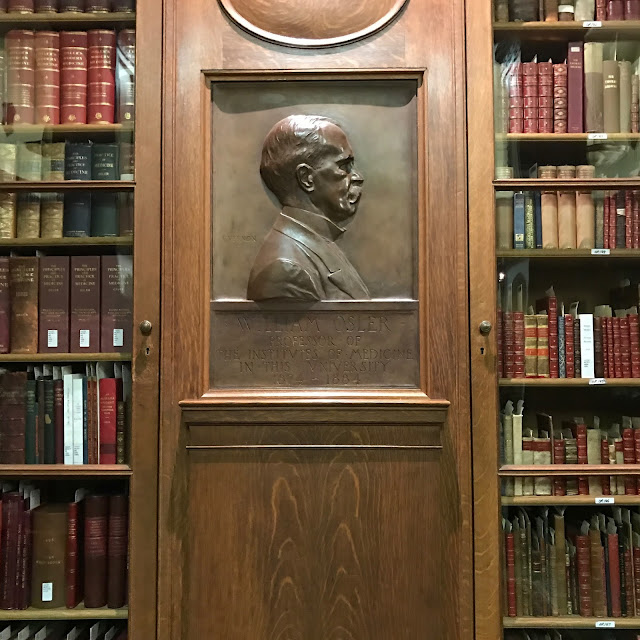 which is nearly identical to the one at MedChi’s Osler Hall. Ours has a bit more patina than McGill’s does, 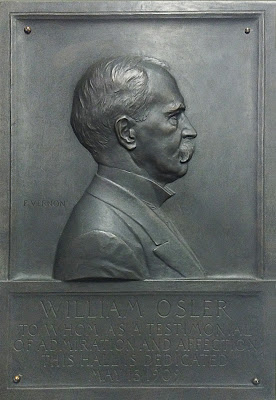 but their space is climate controlled, unlike ours!

The space is all old oak, stained glass and thousands of books, which were originally catalogued at Oxford and then sent to Canada. 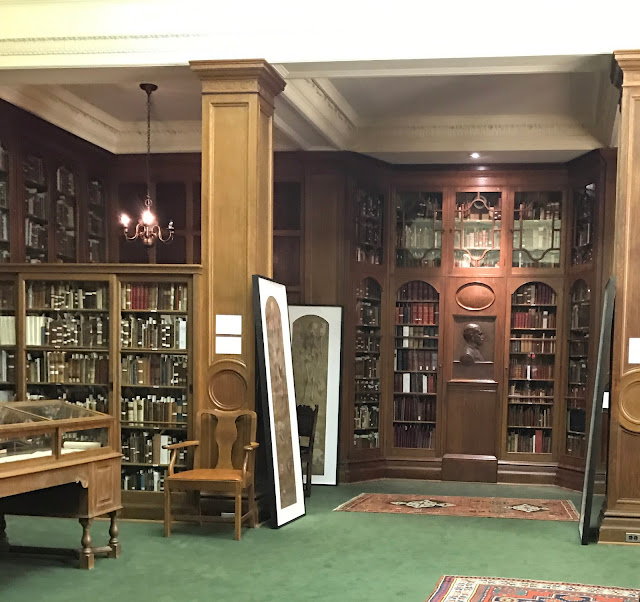 It took several years after Osler’s death in 1919 for all of this to happen because there were so many books!

It was fun to look up on the ceiling and see this painted there. 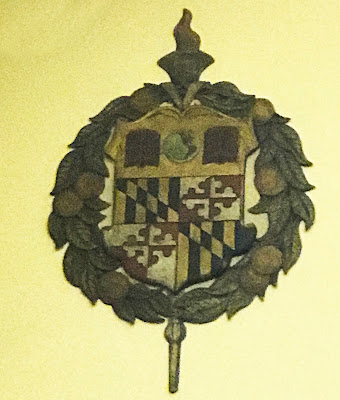 There was one for each of the four schools with which Osler was affiliated professionally.


I have to say that the visit was more emotional than I expected. Although he was never at the library named for him, his presence was all around. 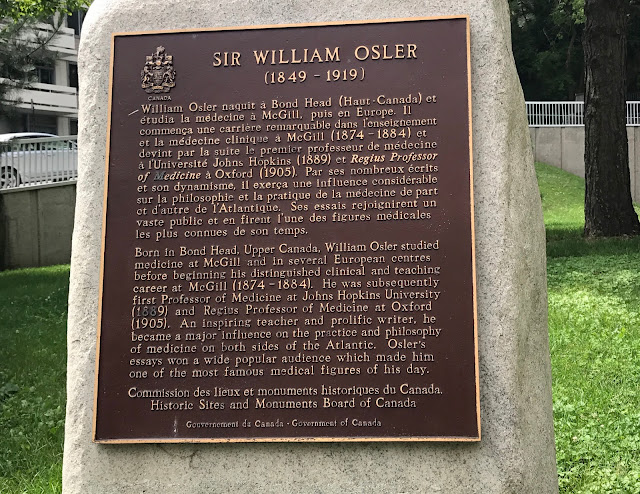 One sad note: During my visit to the Osler Library, I found out that Professor Michael Bliss, who wrote the extensive and definitive biographies of Drs. Harvey Cushing and William Osler, and whom I had hoped to visit in Toronto, died suddenly a few weeks before I decided to visit. We had several good conversations after I published the Osler book, and he was furious that he hadn’t taken the time to read through the manuscript from our archives. He told me that it corraborated two stories that he had found, but wanted an additional source for them. And both were in our book. His obituary is here.

The staff at the Osler Library and the Rare Books collection could not have been warmer and more welcoming to me and I was delighted to be able to spend time visiting with them! Thanks so much!

Bringing the Past to Life

When we look at all of the old black and white photos in our collections, they seem so flat and lifeless, even if they include lots of people. In our minds, these aren't real people, because they don't look like the people we see every day.

But when you add color to the image, it instantly comes to life. I am the resident photoshop wizard, so have played around with colorizing some of our images here.

The first picture I did was our Marcia Crocker Noyes. As you might know, we like to pose Marcia for the holidays. But when you've got a black and white Marcia on a bright sunny beach, it doesn't look right. So, she needed to be colorized. 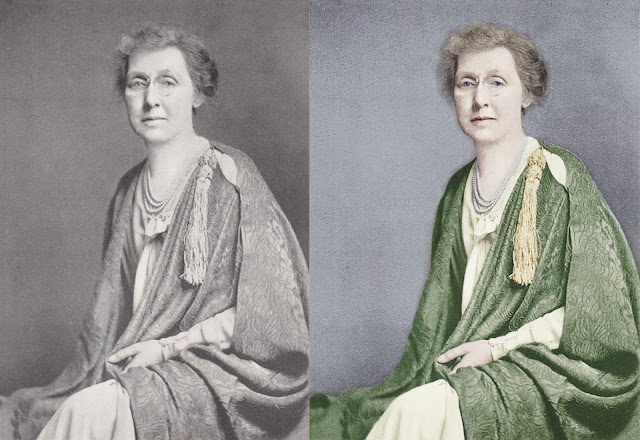 I went down to the Krause Room and tried to channel Marcia, so I could figure out what colors her dress and cape were. I had to guess on some things, but overall, I am pretty happy with the result.

Next up was one of MedChi's early headquarters buildings. This was a lot more of a challenge, as it was on the second floor of the Emerald Hotel on Calvert Street. There were tons of advertisements, windows, brickwork and other details, so it was a perfect job for that odd not-quite-holiday day. 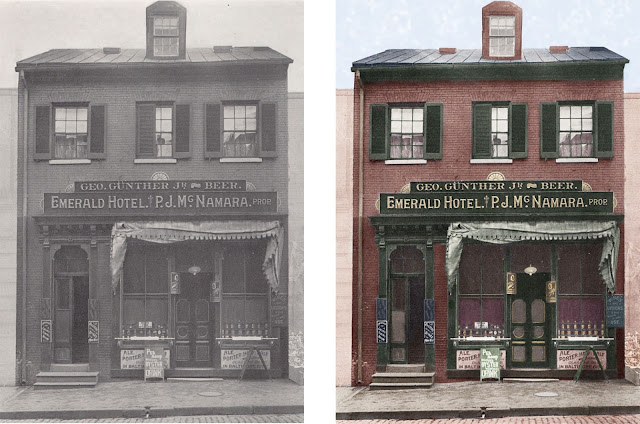 Finally, I played around with a group of physicians from the late 1800's. They're a dour bunch, clearly posing for the camera. I am not sure if that's a room at an early HQ building of ours, or a backdrop set. 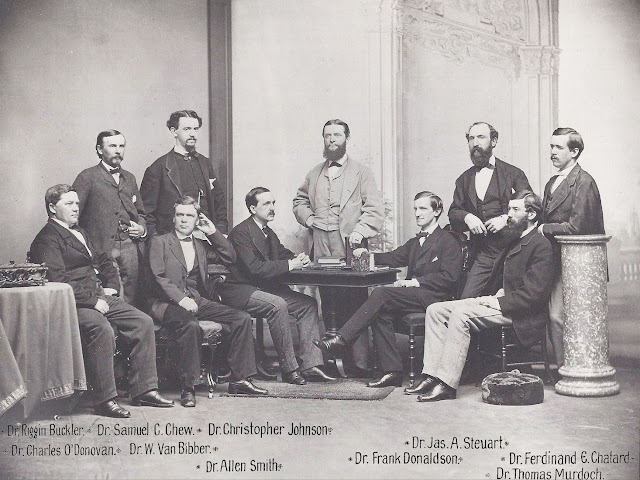 Half of this picture is in color, so you can see the contrast. 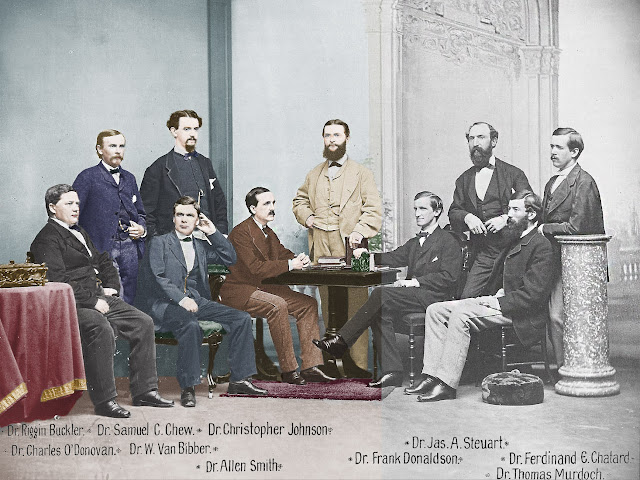 And here's the fully colorized version. 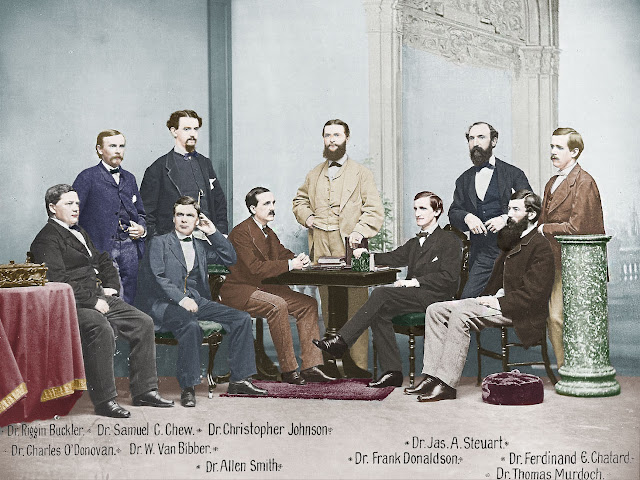 I looked at old advertisements for men's clothing in the late 1800's to come up with the color. I picked hair and eye colors based on closely looking at each of the men and making educated guesses. I have portraits of Drs. Chew and Donaldson, but Chew's hair is white, and Donaldson's hair is a close approximation to this.

I realize that there are a lot of people who hate the idea of colorizing images, but it's not like the original people or places were in black and white. We are just giving them life again.
Posted by Meg at Thursday, July 06, 2017 1 comment: