Getting Ready for the Holidays!

All of us here at MedChi are busy during this festive season. But our portraits are busy in their own ways... As the song says, "Don we now our gay apparel", so our portraits took this advice and dressed for the holidays.

Dr. John Ruhrah, who continues to be MedChi's generous Santa Claus, although he died in 1934. 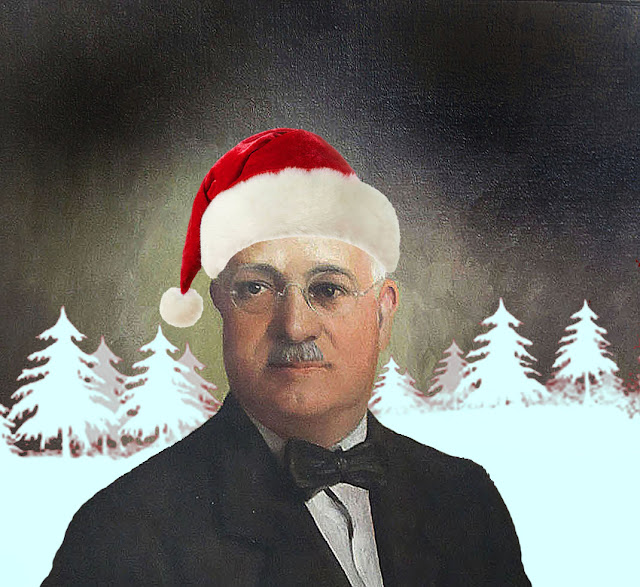 Father and Son: Dr. Horace Hayden and Lewis Hayden who died around age 16. 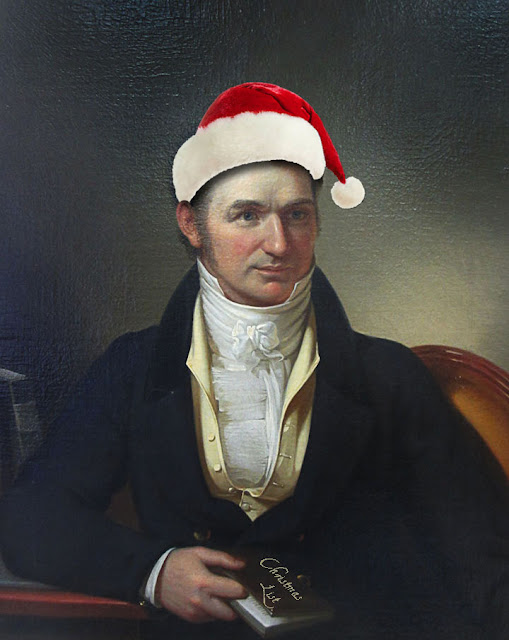 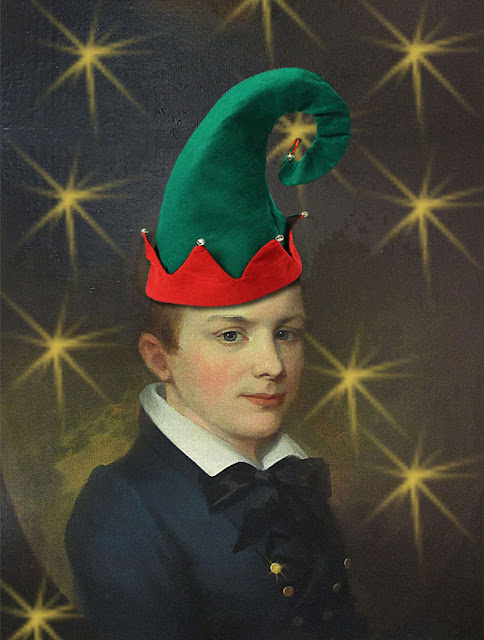 Dr. Thomas Buckler, an American in Paris for many years. 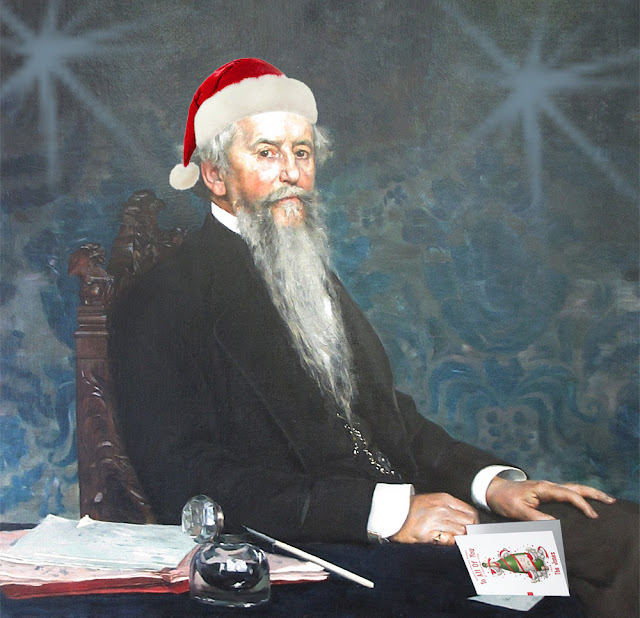 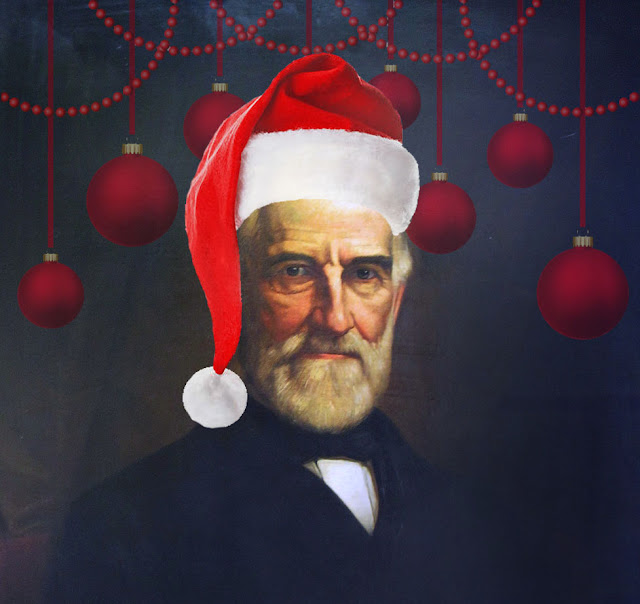 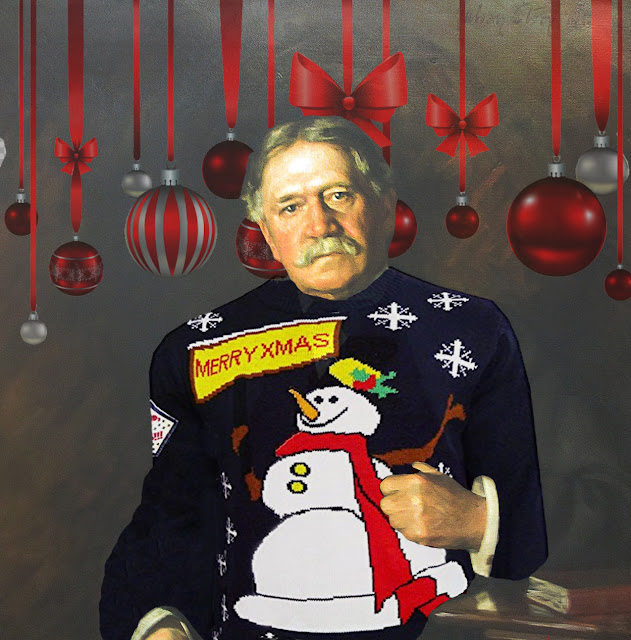 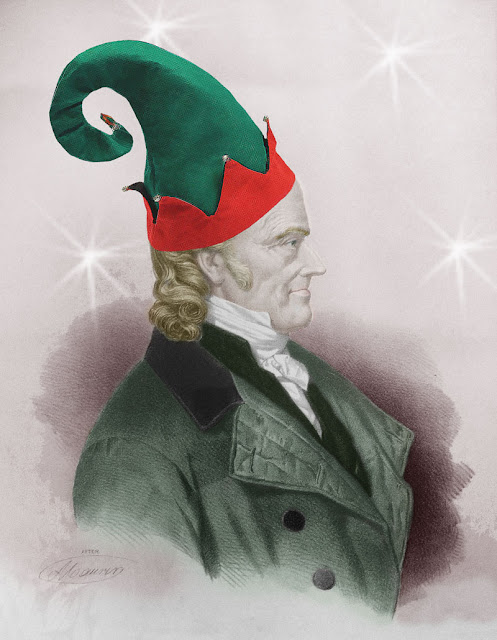 Dr. Edgar Friedenwald, one of multi-generational family of physicians in Baltimore. 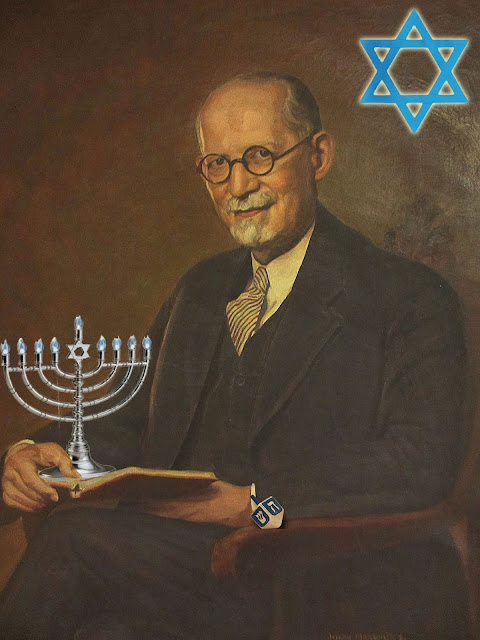 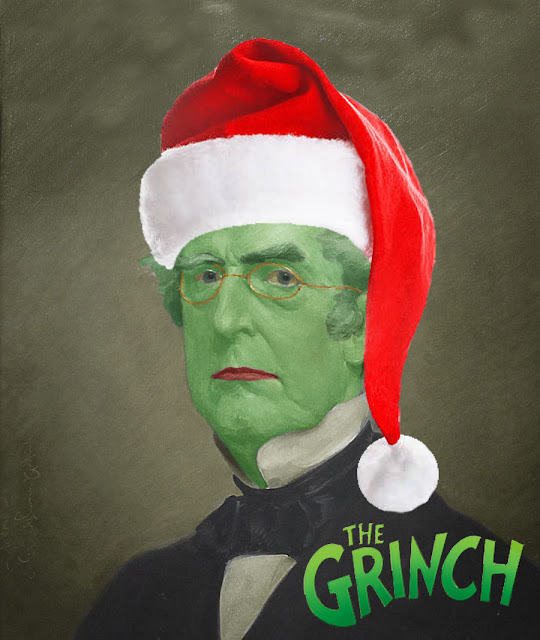 Of course, our Marcia is always for a special occasion! 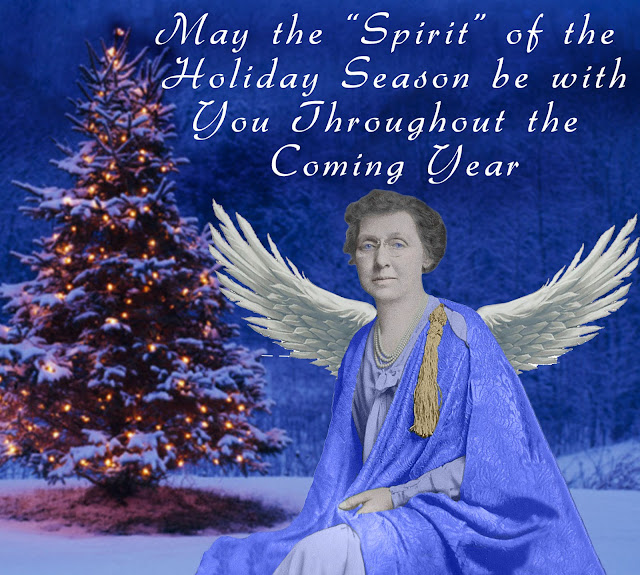 Happiest of Holidays from all of us at MedChi!

Email ThisBlogThis!Share to TwitterShare to FacebookShare to Pinterest
Labels: Marcia for the Holidays, Physicians, Portraits

I just recently discovered that there's a school in Baltimore City named after our own Dr. John Ruhräh! So one sunny Sunday afternoon, I went on a quest to find it.

The school is located in south-east Baltimore, near what's known as Greektown. The area is relatively low-income and a lot of recent immigrants live there, and it's known as "the school of many nations" for that reason. Is is less than 500 feet from both I-95 and I-895.

The school was built in three parts, the main one in 1930, several years before Dr. Ruhräh's death in 1934. 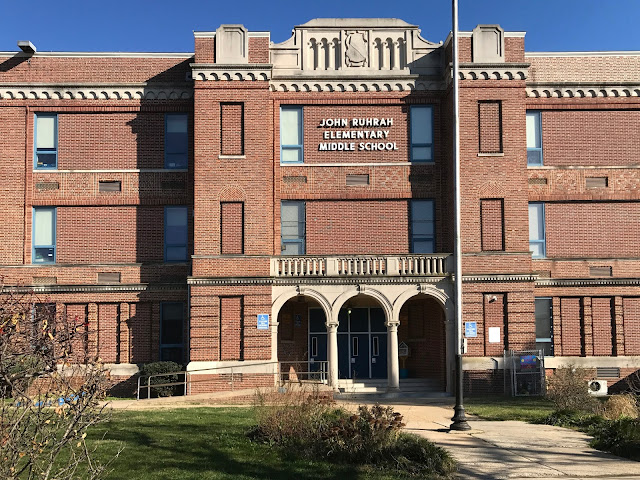 The historic buildings survey has this to say about the school building:

The main block of the school is constructed in the Classical Revival Style. The exterior is of brick laid in Flemish bond except for later brick infill which is laid in running bond. Characteristic of this style, the school as originally constructed was wholly symmetrical, consisted of a central projecting bay flanked by two wings.

The central bay of the main facade consists of a stone entrance loggia flanked on each side by a single bay tower. The central stone loggia has triple arches and Ionic order columns leading to the front entrance doors. All original doors and transom windows within this entrance area have been recently replaced and original windows on each side of the entrance bricked in.

Above the loggia is a stone balustrade. The second and third stories above the loggia originally had bands of five double-hung windows with brick pilasters separating each window. These bands of windows have been removed and bricked in with only the openings at the end of each original band of windows being replaced with modem aluminum sash windows having a large single light over a smaller square light. 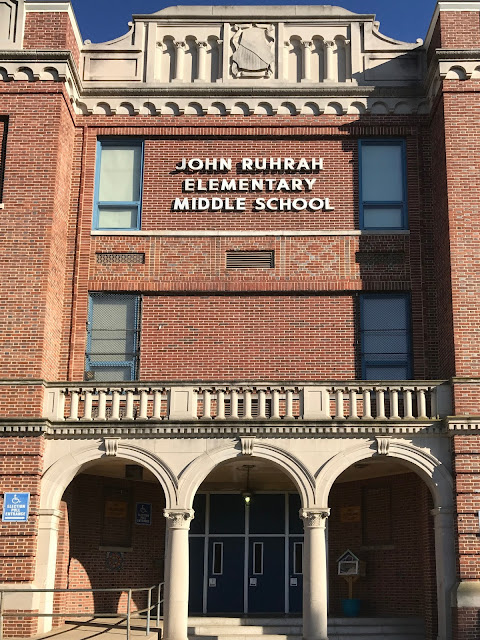 Additionally, the Historic Survey says this about Dr. Ruhräh:

The John Ruhrah Elementary School No. 228 is not known to be associated with an individual who is historically significant in a local, state, or national context. Although it is named for Dr. John Ruhrah, he had no personal association with the building. Other sites within Baltimore exist that have a much stronger connection to Dr. Ruhrah including the Algonquin Apartment building at 11 E. Chase Street, where he had both an apartment and an office for more than 25 years.

Of course, you know what this means... I am going to have to walk a few blocks over to Chase Street and find the old Algonquin Apartments.

It's quite a handsome building, and it's a shame that there's nothing on the school's website that associates the school with the man.