As I mentioned a few weeks ago, we uncovered our beautiful skylight at the top of our main staircase. To our shock (and I am not kidding!), there was a huge wall there. Of course, logically, we knew there was a wall, but since the top of the staircase was so dim, it was just darkness! 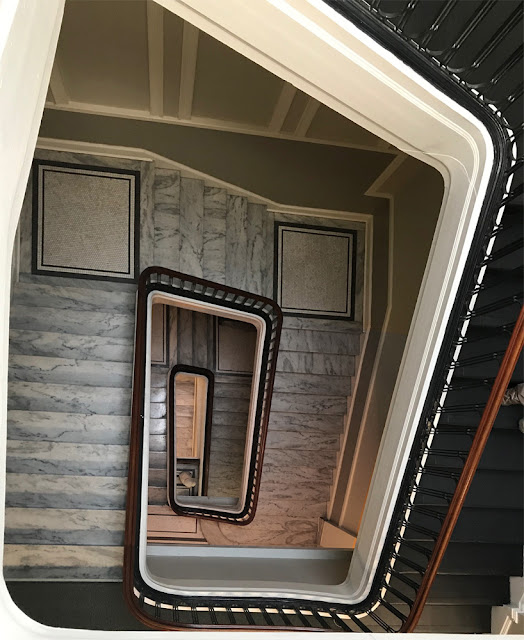 After a bit of plastering and painting, the wall looked great. Bare, but great. So instantly, my next project suggested itself. I needed to find some paintings to highlight the space.

There are more than 120 paintings in our collection, but not all of them are widely seen, so I scouted four paintings that were in little-used spaces. There was already one hanging on the staircase, so we just shifted his position.

I realized a few years ago, when we were redoing Osler Hall, that it made a world of difference to hire a professional art installer, so we called him and his crew back to help. 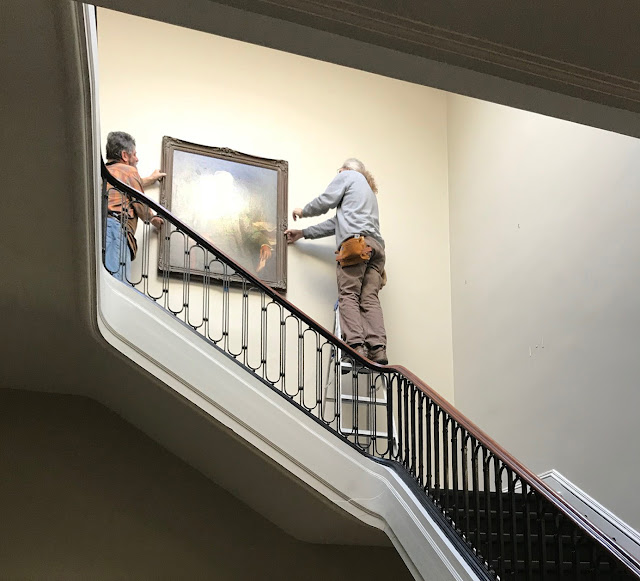 We took the original picture hanging on the staircase and centered it and then added paintings on either side.

Then we took two more and staggered them down the stairs. 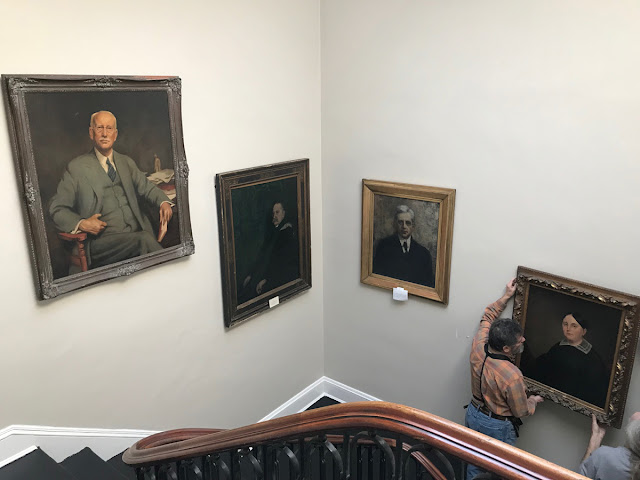 During all of this hanging, I came across a picture from Roosevelt Hospital in New York, taken in 1937. 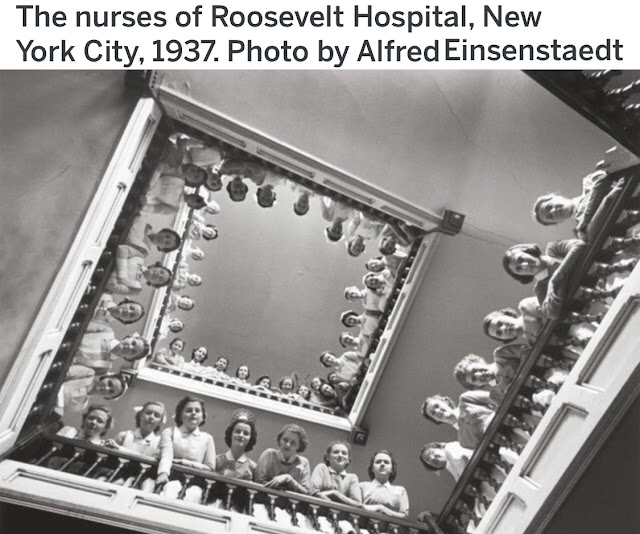 I think that it would be a lot of fun to arrange the MedChi staff around the stairs and take a picture for posterity.

Here's the final layout of the paintings. It's a little hard to capture the width and length of the staircase though. 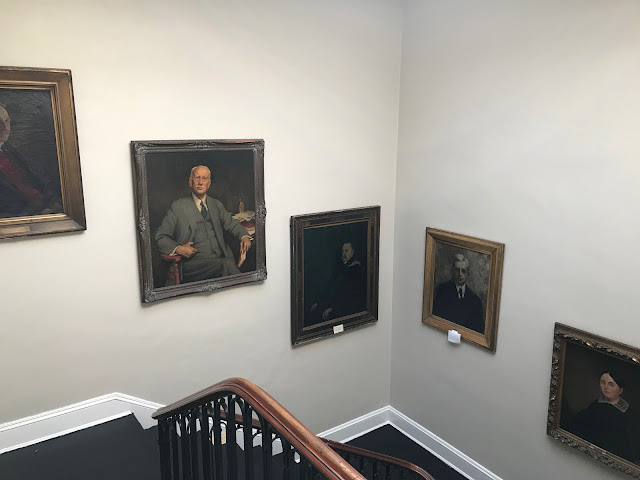 Stop by if you're in the area and see this now-bright staircase! 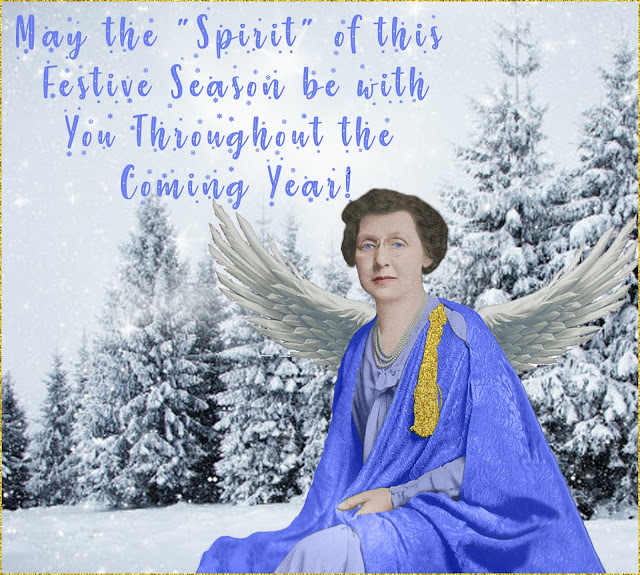 One of the most interesting things in our collection is a number of boxes of photographs from "Edinburgh Anatomy" which contain hundreds of slides. 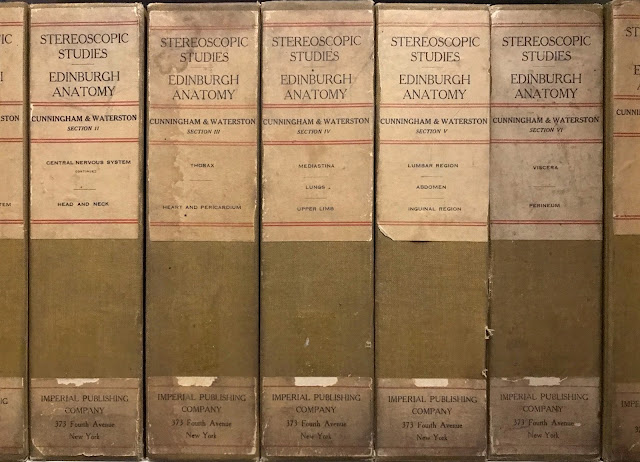 In 1905, David Waterston edited "The Edinburgh Stereoscopic Atlas of Anatomy", which consisted of 250 stereograms, mounted on cards, and housed in five volumes. 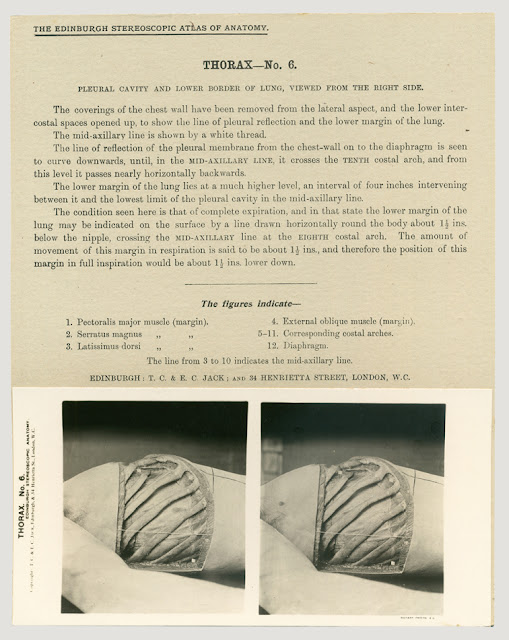 The "Edinburgh Atlas" was prepared under the control of the Department of Anatomy at the University of Edinburgh. In 1908-1909, the general anatomy was followed by the more specialized Edinburgh Stereoscopic Atlas of Obstetrics in four volumes. 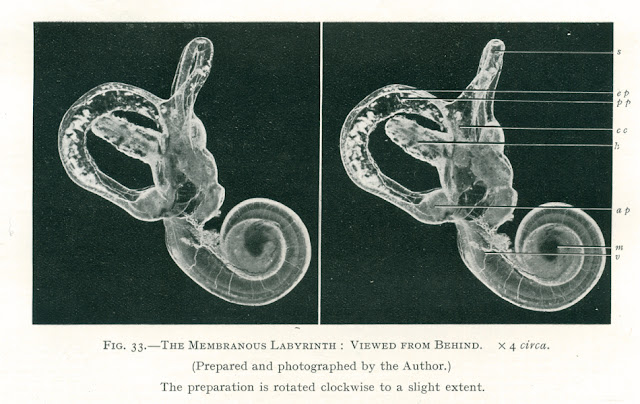 At the same auction where I found the Yardley map of Johns Hopkins, I also found one of the devices used to view the stereograms. 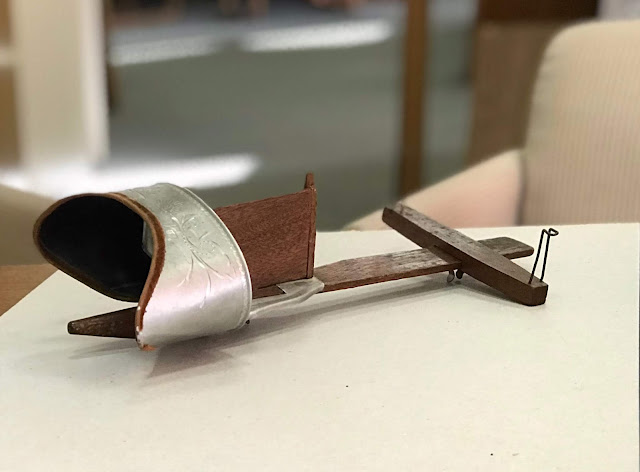 Although we already have one of the stereoscopes, it's in another cabinet, in another part of the building. 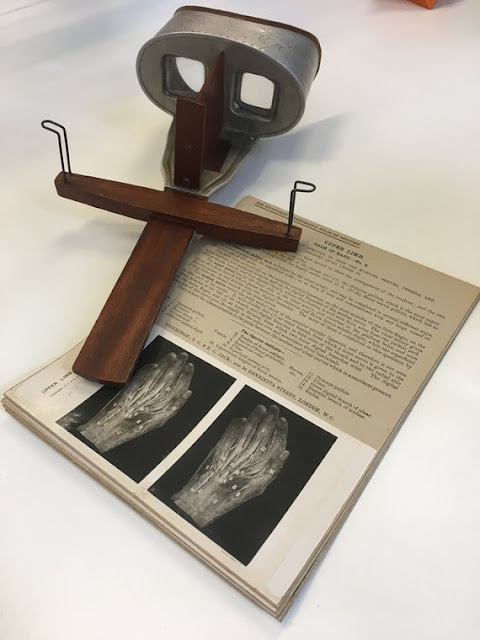 Now the viewer is with the images.