We Want YOUR Stories!

We want your stories. 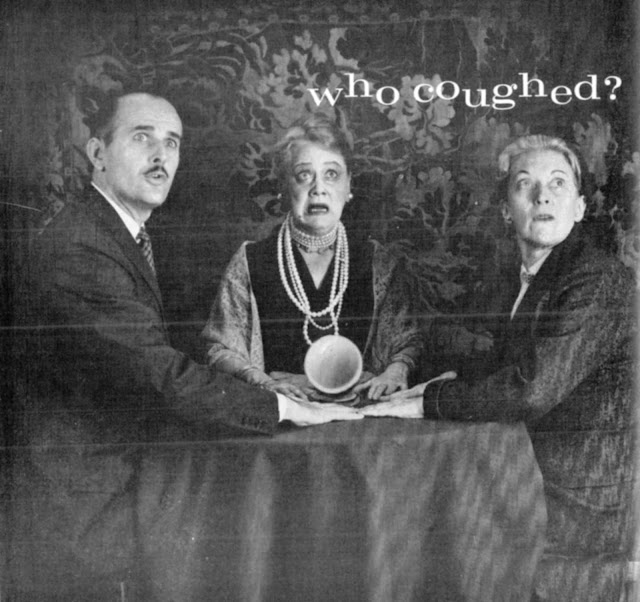 As a repository of the History of Medicine in Maryland, we would like to archive as many stories of the COVID-19 pandemic as possible. In our medical journals from the 1918-1919 Spanish Flu, we have details of what our physicians were doing, how our hospitals coped and what life was like here in Maryland. 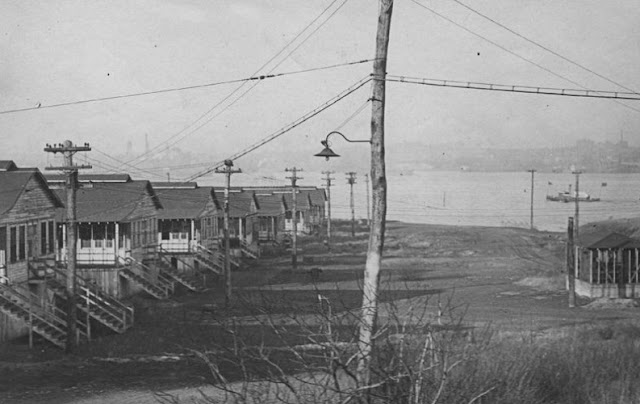 Thinking ahead to those who will be looking back to this time, we want to collect and archives stories of what your life was like during this unusual time.

All stories will be printed on archival paper, bound and stored with our historic medical journal collection.

Please send your stories, photographs or any other memories here.
Posted by Meg at Friday, April 17, 2020 No comments:

Dr. O'Donovan practiced medicine in Baltimore for more than 50 years, many years at his office at No. 10 East Read Street, following in the steps of his father and grandfather.

Dr. O'Donovan was the personal physician to Cardinal Gibbons, and was one of the most prominent Catholic laymen in Baltimore. His brother, Rev. Louis O'Donovan, said his funeral mass at the Basilica in Baltimore. His son, also Dr. Charles O'Donovan, was left his father's collection of medical books and instruments.

Samuel Theobald was born in Baltimore on November 1846. He was the son of Dr. E.W. Theobald. 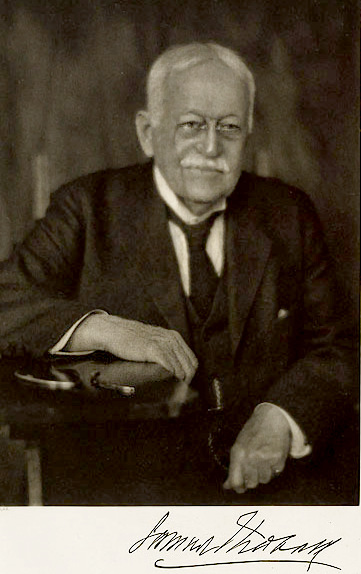 He received his medical degree from the University of Maryland, and was the first person to use boracic acid in diseases of the eye. He was a Professor of Diseases of the Eye and Ear at the Baltimore Polyclinic in 1884. He was a founder and the Ophthalmic and Aural Surgeon at the Baltimore Eye, Ear and Throat Charity Hospital, as well as a lecturer on Ophthalmology and Otology at Johns Hopkins in 1893-1894.

Dr. Theobald was also an Ophthalmic & Aural Surgeon at the St. Vincent's Hospital and the Home for the Incurables. However, his most important work was the "Anatomical & Clinical Investigations Bearing Upon the Treatment of Strictures of the Lachrymal Passages," as well as being a contributor to several works on diseases of the eye and ear.

Clotworthy Birnie was born on January 13, 1843 at Glen Burn in Carroll County. He was a pupil of Drs. John Swope and W. Chew Van Bibber, and received his medical degree at the University of Pennsylvania in 1870. 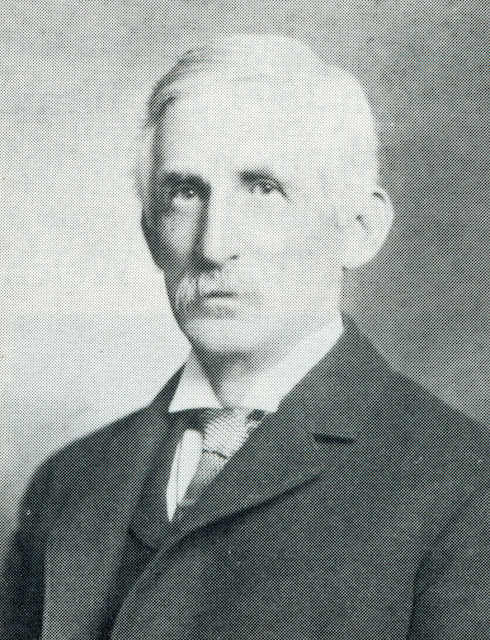 Jacob Edwin Michael was born at Michaelsville in Harford County, on May 13, 1848. He was educated at St. Timothy's Hall in Catonsville, Maryland and then at the Newark Academy in Delaware. He received his A.B. from Princeton in 1871, and his medical degree from the University of Maryland in 1873.

Additionally, Dr. Michael studied at Wurzburg and Vienna in Austria in 1873 and 1874. Returning to the United States, he became a demonstrator of anatomy at the University of Maryland from 1874 to 1880, and for the following ten years, he was a Professor of Anatomy. He then became a Professor of Obstetrics from 1890 to 1895. 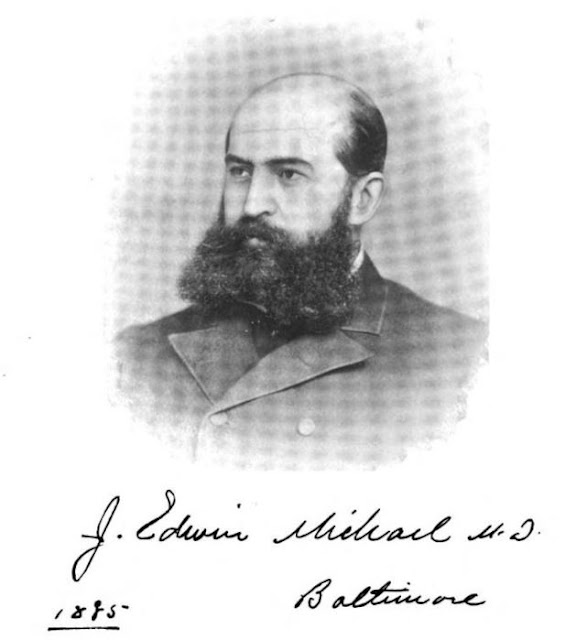 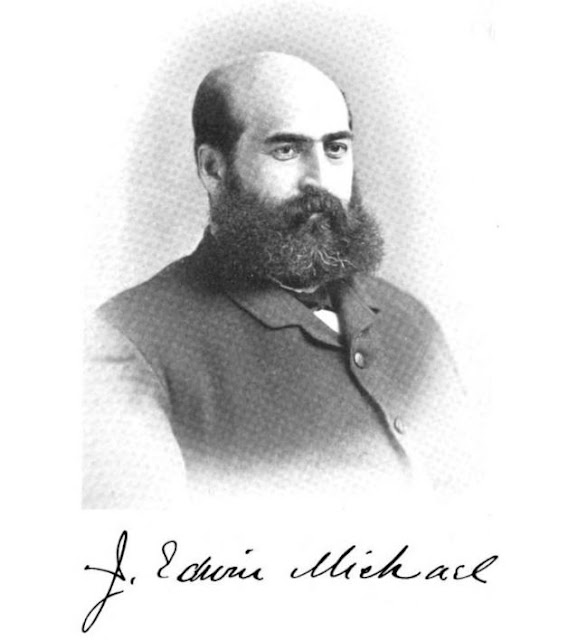 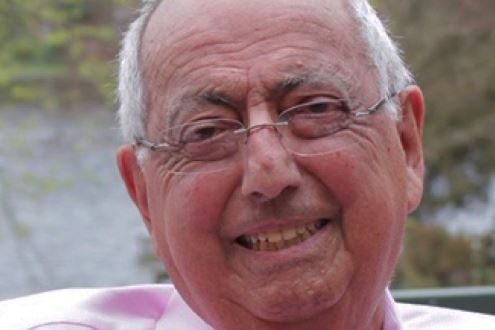 Azar practiced ophthalmology on the Eastern Shore for over 40 years and taught medical students at Johns Hopkins for 20. He received the Allan D. Jensen Part-Time Faculty Teaching award in 2011, nominated for the award by medical students attending the Wilmer Eye Institute at Johns Hopkins.
Azar started practicing ophthalmology in Salisbury in 1976, the same year he introduced microscopic eye surgery to Peninsula Regional Medical Center, performing the first intraocular lens implant and the first trabeculectomy for glaucoma.
He earned his bachelor's and medical degrees from the University of Pittsburgh, and followed medical school with a brief stint in the U.S. Army as a general medical officer before completing a residency in preventive medicine at Ohio State University.
He worked with the development of gas permeable contact lenses which was the catalyst for his return to OSU to complete a residency in ophthalmology. 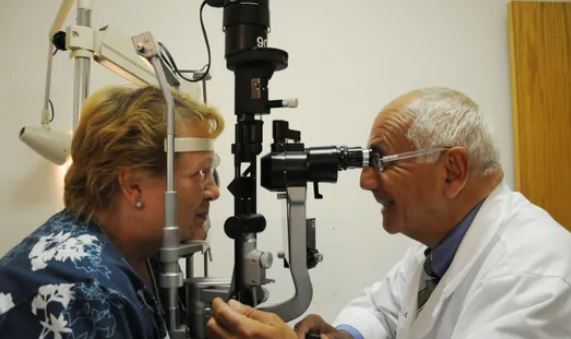 Azar also pursued work as an environmental researcher at DuPont where he published more than 30 scientific research papers, which included a treatment plan for people exposed to the toxic missile propellant used in the Titan missile system.
Azar was also Board Certified in Preventive Medicine and is listed in the guide to America's Top Ophthalmologists. He was the first health care professional appointed to the Maryland Health Care Access and Cost Commission by Gov. William Donald Schaefer.
He served as president of MedChi, The Maryland State Medical Society and was on the board of directors of The Center for a Healthy Maryland, the board of the local YMCA, the TLC board and the board of the Wicomico Humane Society and the board of Horizons at The Salisbury School. He was also active in the Greater Salisbury Committee and was a 32nd degree Mason.
Azar’s son, Alex Azar II, is currently the United States Secretary of Health and Human Services, appointed by President Donald Trump in 2017.
Azar is preceded in death by his wife, Wilma, and survived by his children, Alex Azar II and Stacy Azar Dunne, as well as multiple grandchildren.
From DelmarvaNow.com
Posted by Meg at Friday, April 10, 2020 No comments:

We care about all of our art and artifacts, and wanted to make sure they were all being safe during this pandemic. 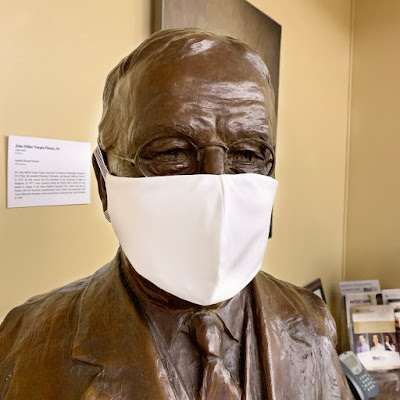 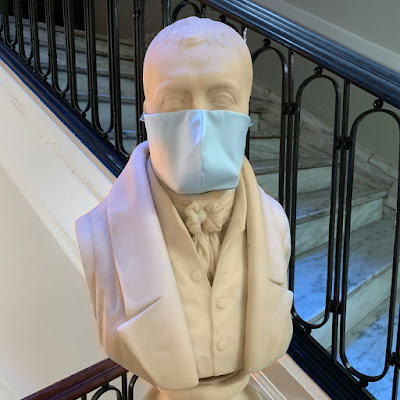 Our current world is vastly different from what it was just a month ago. And it will never be the same. But we are working to make it better for you, for our neighbors, for our fellow citizens and for our friends. For MedChi's most up-to-date information on the COVID-19 virus, please click here. 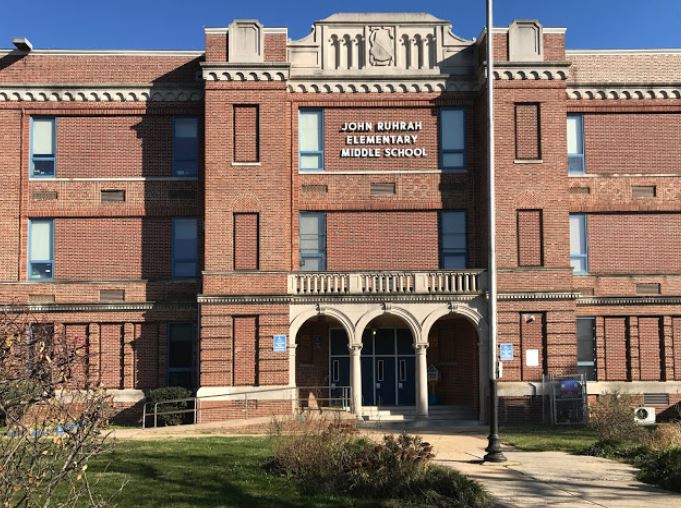 MedChi is partnering with the Dr. John Ruhräh Elementary/Middle School, No. 228, located in one of Baltimore's poorest neighborhoods, to help provide food for the students who come from 70 different countries. More than 80% of this city public school students' food intake comes from school programs, and without  regular school meals, these children are going hungry. If you would like to make a contribution to help provide much-needed meals for these children, please click here. 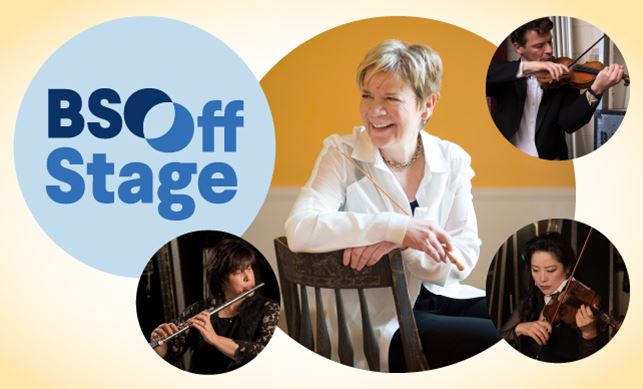 Our friends and neighbors at the Baltimore Symphony Orchestra are still playing! The BSO Off-Stage website has archived performances, podcasts with insights about your favorite pieces of music, at-home sessions with musicians, as well as educational videos and activities for school children. 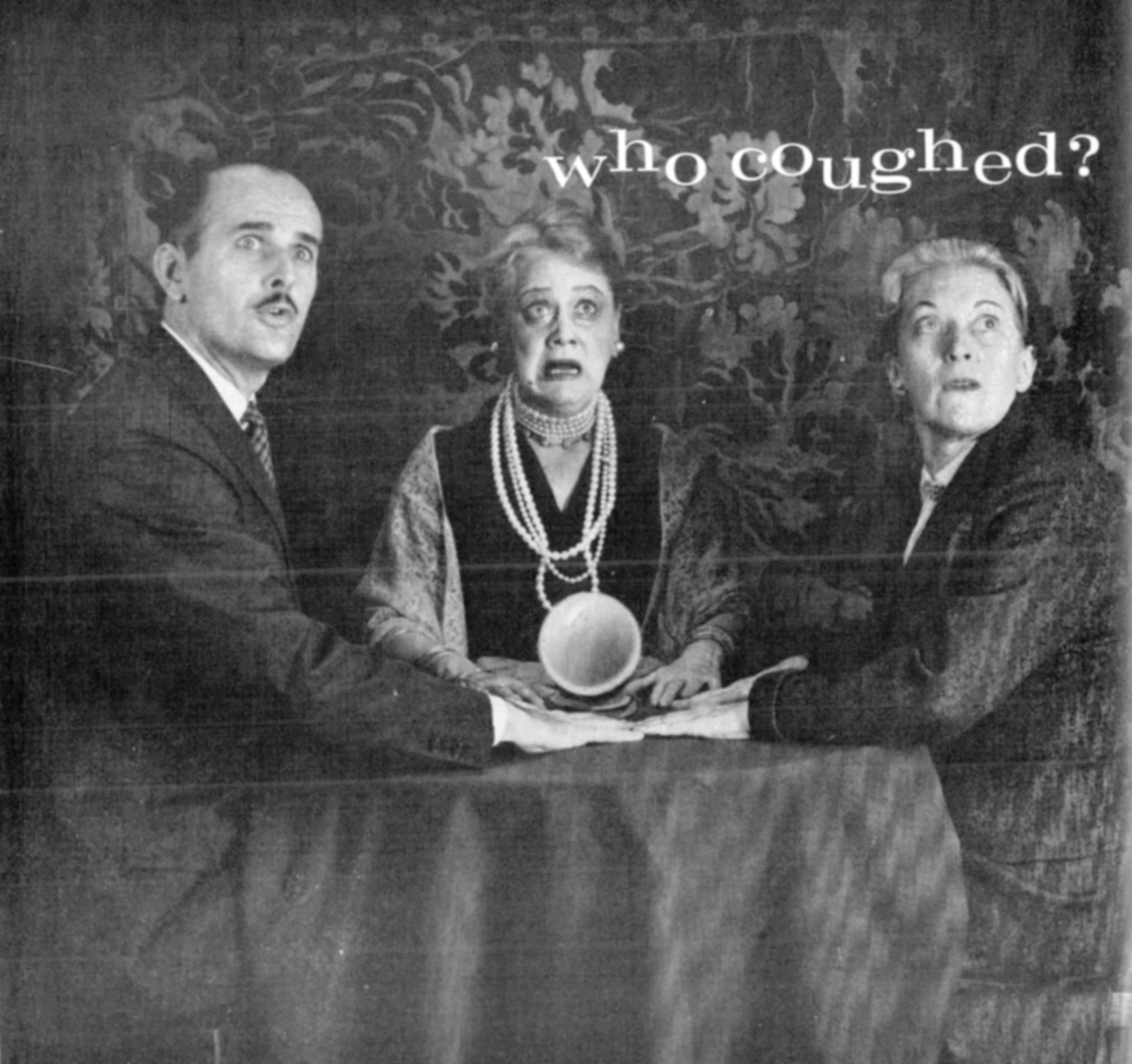 We want your stories. As a repository of the History of Medicine in Maryland, we would like to archive as many stories of the COVID-19 pandemic as possible. In our medical journals from the 1918-1919 Spanish Flu, we have details of what our physicians were doing, how our hospitals coped and what life was like here in Maryland. Thinking ahead to those looking back to this time, we would like to be able collect and archives stories of what your life was like during this unusual time. All stories will be printed on archival paper, bound and stored with our historic medical journal collection. Please send your stories, photographs or any other memories here.

From everyone at the Center for a Healthy Maryland, please stay safe.
Posted by Meg at Monday, April 06, 2020 No comments: