Marcia, our resident ghost,
wishes you a Happy All Hallow's Eve. 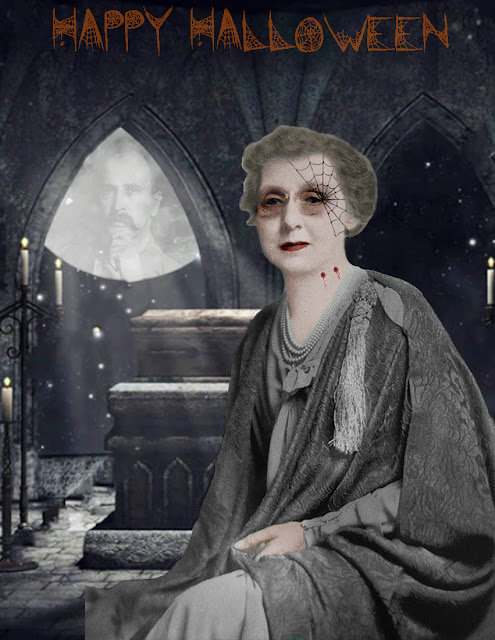 In Celebration of the Old School

We have recently held a mini-reunion of alumni of School #49, the old school where MedChi is now located. We acquired the building in the 1970's, but waited a few years before we renovated it in the mid 1980's. Once we did, we had a reunion of the School #49 alumni. A small booklet of remembrances was published, which included a wonderful article by R.P. Harriss, the Critic-at-Large for the old News American paper. His wife was on the faculty at the school, which opened in 1909 and closed in 1960.

In Celebration of the Old School
By R.P. Harriss

Among Baltimoreans, who by almost any measurement, would be rated successful, a remarkable number are known as "Forty-Niners." They take this designation pridefully, from the fact that they went to School 49.

They're so prominent, so self-assured and generally, so prosperous, that in planning their coming reunion, they have engaged Meyerhoff Symphony Hall, because their dinky little old school house, which still stands at 1206 Cathedral Street, would be too small and cluttered for the high-class hoopla they're planning.

Why the big reunion excitement? Because the graduates remember School 49, no longer existent, as the place that gave them a good start in life.

School 49, otherwise known as the Robert E. Lee Accelerate Junior High School, was unique in Baltimore's public school system. Its students came there strictly by invitation from all parts of the city. Admission requirements were a high IQ, and an excellent achievement record.

It was a no-frills school. No sports, no swimming pool, no proper gym, even. The building itself had been condemned. It's so-called cafeteria was an area in the basement with asbestos-covered steam pipes above the tables. When fire drills were held, classes exited the building by circuitous routes via classrooms and fire-escapes.

There was no automatic bell system. After fire drills, classes were summoned back by an all-clear buzzer on the vice principal's desk - or by a large dinner bell that she vigorously swung by hand when the buzzer didn't work.

There were no lockers, students and teachers kept their coats, galoshes and other essentials in a cloakroom. Yet there were no thefts, no truancy, no drugs, no handguns. What School 49 did have was spirit. Motivation. The kids were there to learn, the teachers there to teach. And they all just loved it.

Between 1909 and the late 1950's, more than 21,000 young people took the accelerated program at School 49. Forty-niners have been outstanding in law, medicine and the creative and performing arts. Among those of an earlier generation were Chief Judge Emory H. Niles, of the Supreme Bench; Dr. J. Whitridge Williams; Gary Morfit, who became fondly known to millions as the radio and television celebrity, Garry Moore.

That's just a random sampling. A comprehensive list would include an admiral, and even (astounding!) one big-league baseball figure. In the just plain money-making category, Forty-niners are there in goodly numbers, most notably, the late philanthropist Joseph Meyerhoff, for whom the Baltimore Symphony Orchestra's hall is named.

School 49's story is worth telling, and its alumni and teachers are in the process of putting together a book of reminiscences. My wife, Margery Harriss, who as a young woman, taught English there during and after WWII, is among those involved in compiling this book, so I've taken some notes from her.

"Besides being in a dilapidated, actually condemned building," she says, "School 49 had very limited supplies. Textbooks were 20 years old and falling apart. Sometimes, a book would be so tattered, the student using would have to carry it to and from school in a brown paper bag."

Yet, students and teachers made do, sometimes grumbling but usually cheerful.

She recalls the children of the cultured but destitute WWII refugees from Europe as having been the most strongly motivated - here was this wonderful school with the high European standards, and it was free! 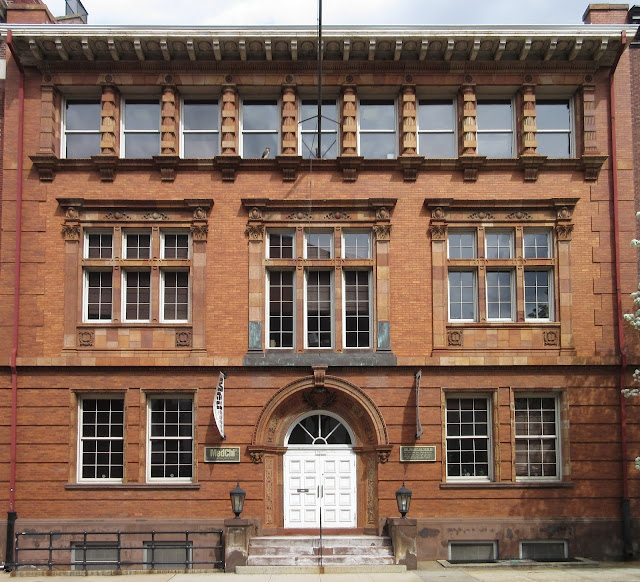 Now let's think back. School 49 was always an anomaly, an advanced idea in a contradictory setting. Even its naming (although General Lee had, after the Confederacy's defeat, became an educator) reflected a socio-historical echo, not compatible with modern democracy. This location was in a once-fashionable neighborhood. (Actually, School 49's building, though woefully inadequate, was not bad looking outside, with its Romanesque façade of red brick and white terracotta trim, and its present owner, the prestigious Medical and Chirurgical Faculty of Maryland, is nicely restoring it.)

In today's open society, such a public school would not be tolerated; it was elitist and that's an angry put-down word now. By the late 1950's, School 49 had ceased to be an accelerate junior high school, eventually becoming a school for pregnant teen-agers, sometimes coarsely referred to as "the watermelon farm."

An attempt to recreate School 49 would be inadvisable, and probably impossible. But School 49 worked. No students left there without knowing how to read and write acceptable and to cope with ordinary arithmetic. Most went on to high school, college and a notably worthwhile life.