Have you ever heard of "Library Hand", the uniform style of handwriting used in card catalogues? 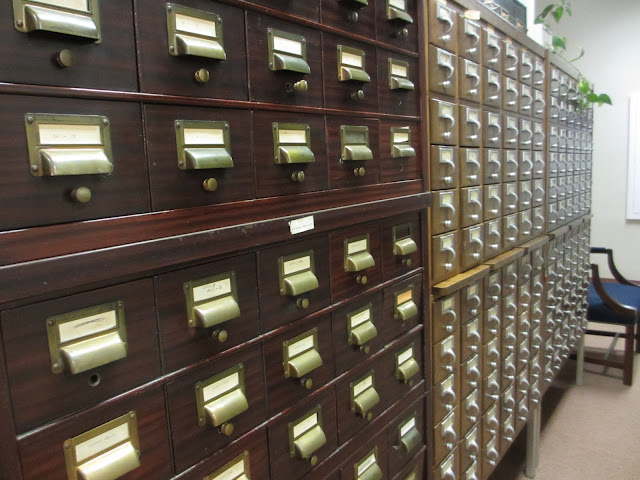 I just learned of it this weekend in the amazing Atlas Obscura, a website of all things wild and wonderful.

It was created in the 1880's before typewriters became a common office machine. Handwriting at that time was full of flourishes and swoops, and totally unsuitable for a library's card catalogue. 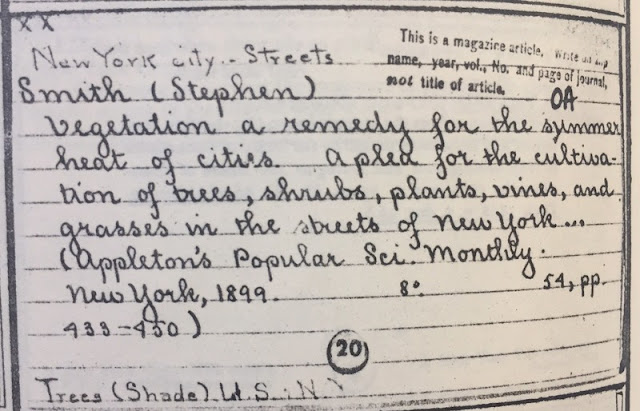 After much discussion, a hand which featured “a slight back-hand, with regular round letters apart from each other, and not shaded” was selected as the standard for cards. The emphasis was on legibility and not haste, so hand-writing out the cards took an incredible amount of time. 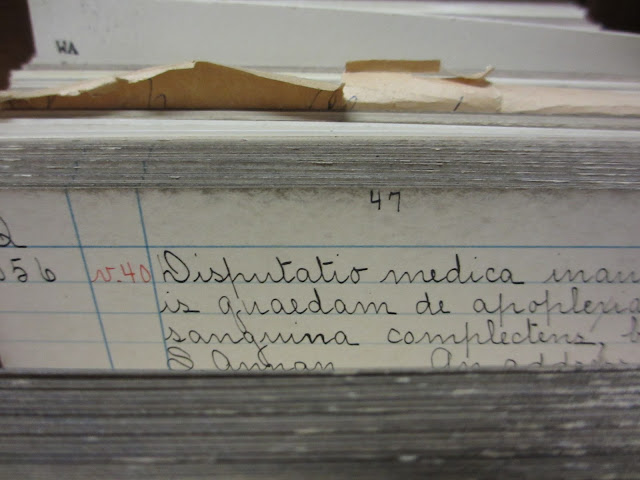 In MedChi's card catalogue, there are hundreds, if not thousands, of hand-written cards, including many in Marcia Noyes' handwriting which looks very similar to library hand! 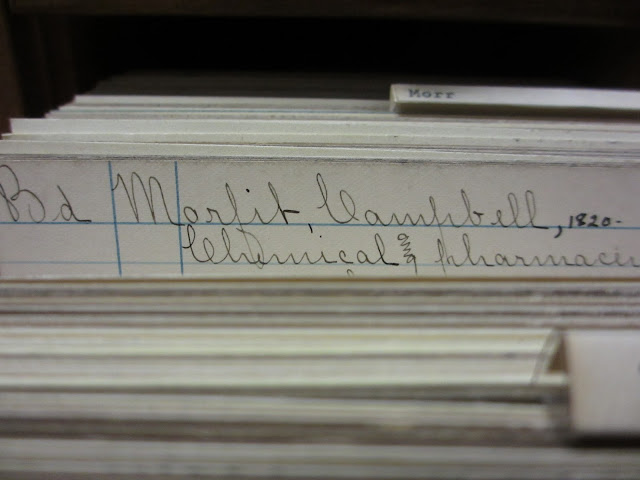 It's always fun to find something new. Here's the link to the original Atlas Obscura article.
Posted by Meg at Monday, February 20, 2017 1 comment:

Please accept all of our very best wishes for a wonderful Valentine's Day! 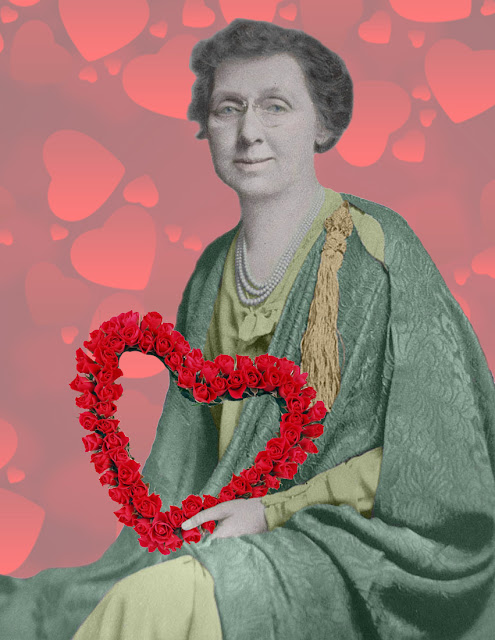 We love that you read our blog!
Posted by Meg at Tuesday, February 14, 2017 No comments:

Hayden: The Man & The Mineral 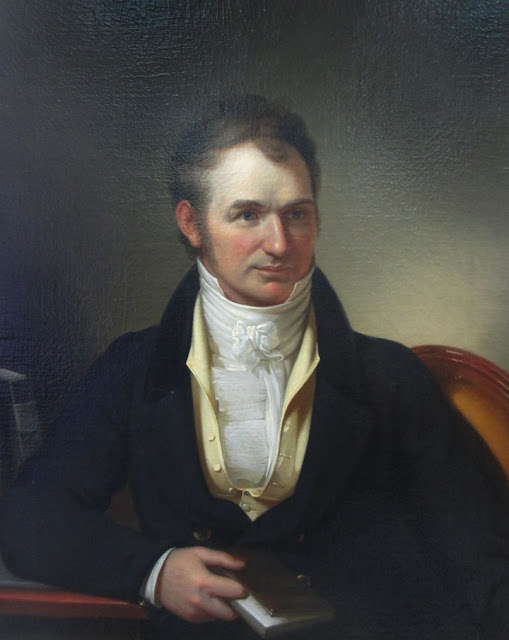 as the founder of the first dental school in America, he's got another claim to fame! 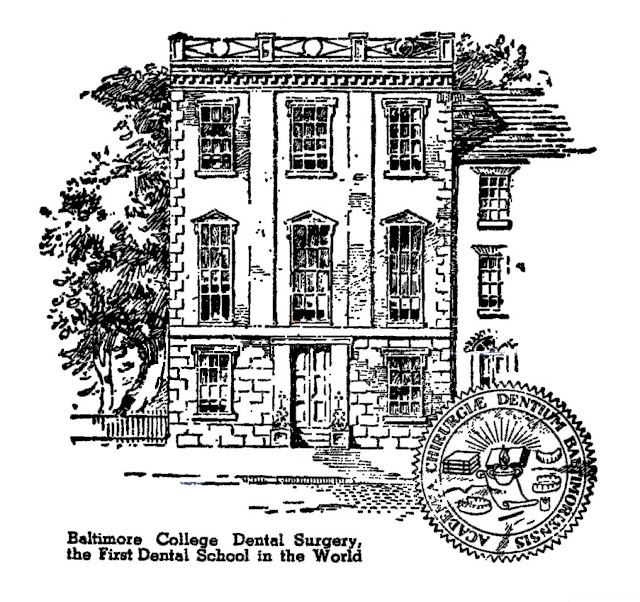 Dr. Hayden was one of the founders of the Maryland Academy of Sciences and served as its president in 1825. In 1820, as a pioneer geologist and botanist, he published the first general work on geology to be printed in the United States.

He discovered the mineral called Haydenite, obviously named after him. It's only been found in one place: the Jones Falls Valley which bisects Baltimore City. There have always been quarries along the Jones Falls, including one at Bare Hills. The specific quarry where Haydenite was found is at the intersection of the Jones Falls and Stoney Run, somewhere around North Avenue and Maryland Avenue. 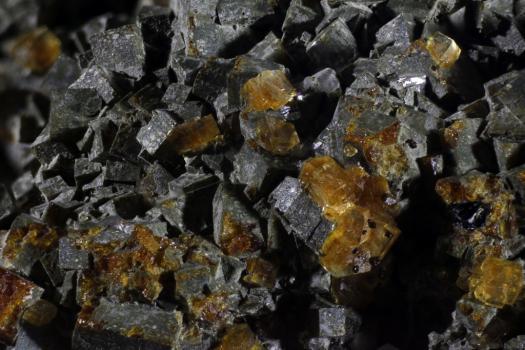 Haydenite is an orange to golden brown chabazite with scalenohedral modifications and showing contact twinning. The chemical make up of Haydenite is (Ca,K2,Na2)2[Al2Si4O12]2 · 12H2O

The portrait of Dr. Hayden at the top of the page is by Rembrandt Peale, a famed Baltimore painter.
Posted by Meg at Thursday, February 09, 2017 1 comment:

Have you ever heard of Thomas Cromwell Corner? You might not know who he is, but if you've ever visited MedChi, you've surely seen his work. 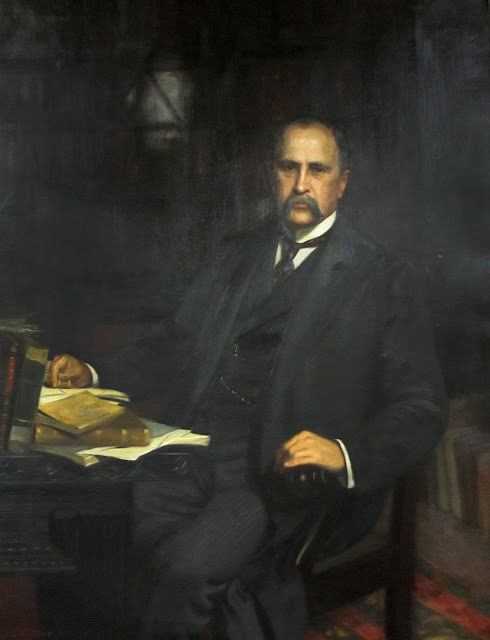 Cromwell was born in Baltimore in 1865 and attended Baltimore City College. He attended the Maryland Institute College of Art in Baltimore and the Art Students League in New York. He also studied in Paris at Acadêmie Jullian. 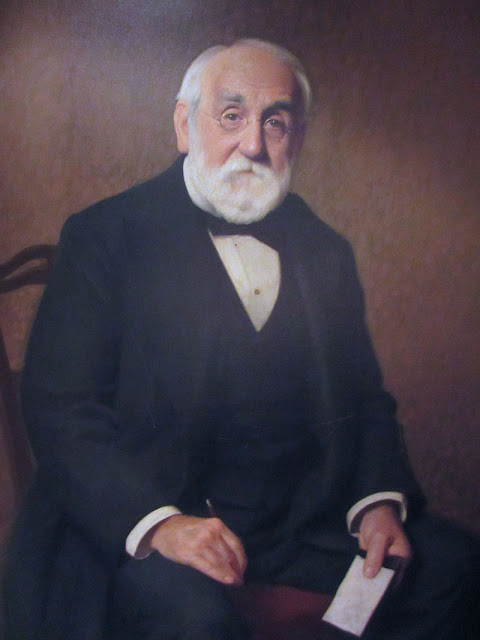 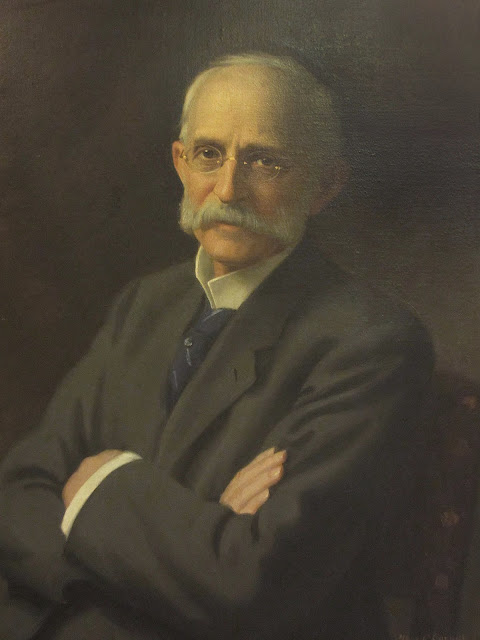 Corner was on the committee to help establish an art museum, and when the Baltimore Museum of Art opened in 1915, he became one of its Trustees, bridging the gap between the museum and the art community. 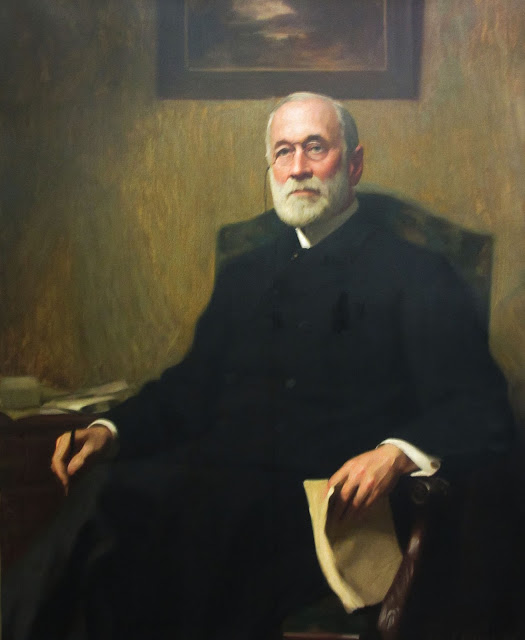 MedChi is fortunate to own five of Corner's paintings, all shown here. 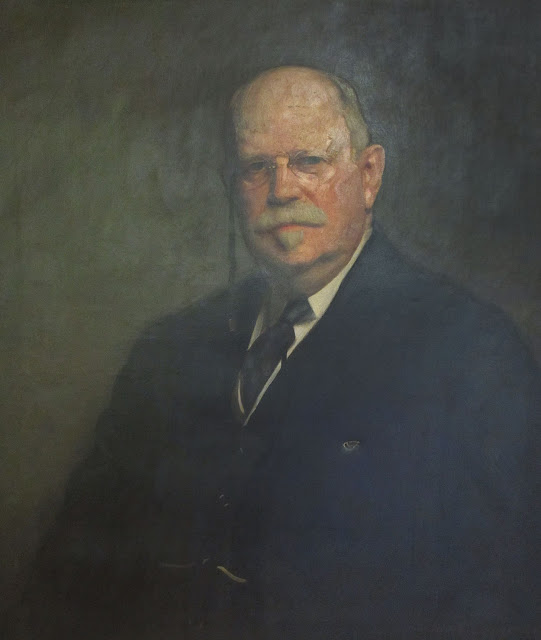 There is a book, of which only 190 copies were privately printed, which is the catalogue raisonné of the works of Thomas Cromwell Corner. MedChi was fortunate to recently acquire a copy for our library.

* I must confess that the portrait of Dr. Miltenberger is my favorite of all of the portraits.