September has been a very busy month, and I wanted to post something before it ends! I am working on several major projects, each with with different components.

First up is refreshing the Krause Room. We have painted it, and if I do say so, it’s looking rather sharp. The new “Turtleback” paint really brings the makes the beautiful trim pop. 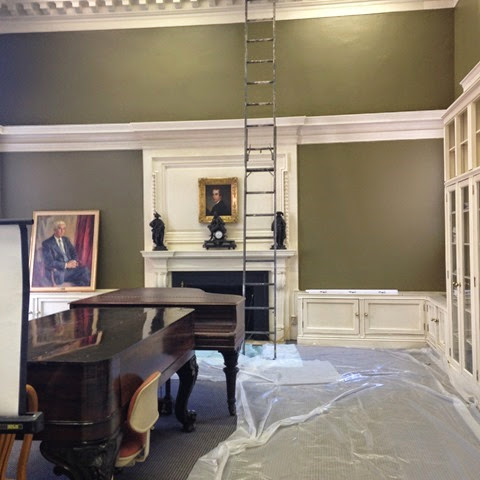 When the room was mauve, the contrast between the walls and trim wasn’t as dramatic, and the architectural lines of the woodwork were muted. 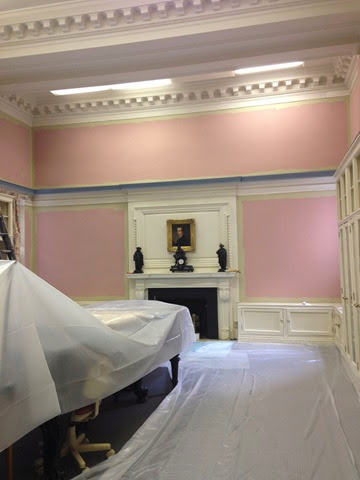 When we took down the portraits to prep for the painting, I found that the portrait hanging over the fireplace was a special one – even though we still aren’t sure who it is! This little portrait was given to Marcia Noyes by the Faculty, and she left it to MedChi upon her death. 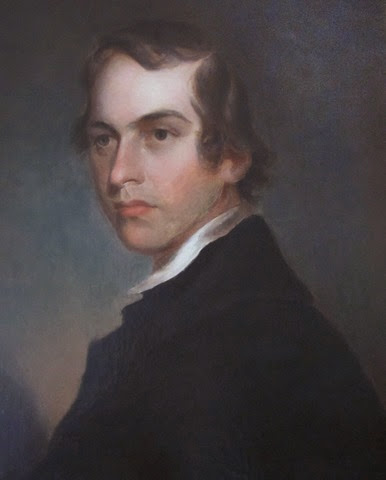 I am going to be filling the 176 linear feet (yes, I did measure) of shelves in the reading room. I have selected a range of books from the stacks to include French, German and English medical books, and of course, books that have great bindings. I will also be putting a selection of medical instruments in the shelves, and some “silver” which we recently discovered in an old safe that hadn’t been opened for years! 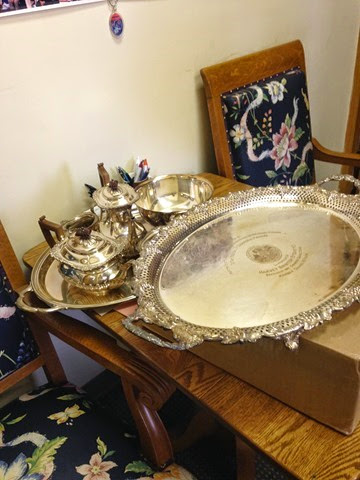 Speaking of portraits, I have spent hours looking at the 1961 inventory of artwork in preparation for identifying each of them with a museum-style plaque. I am adding the name of the sitter along with the dates, the medium used, the artist and a few lines about the sitter. The best part of reviewing the 1961 inventory is that I’ve straightened out who some of the portraits are!

Stay tuned for the big unveiling of the Krause room – it should be in a week or two!

In searching our archives, I found a paper crumpled and wrapped around a printing die that was used for the cover of a program. 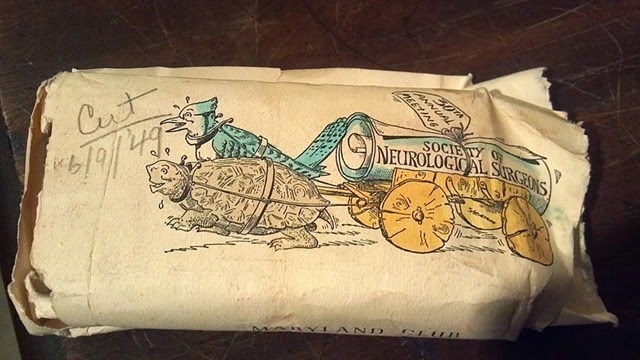 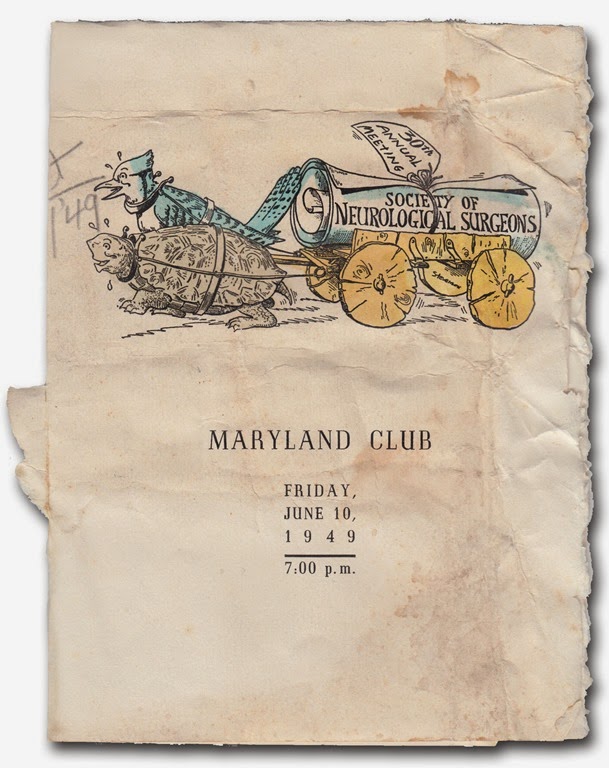 and found the die inside, I flattened out the paper and discovered another menu. 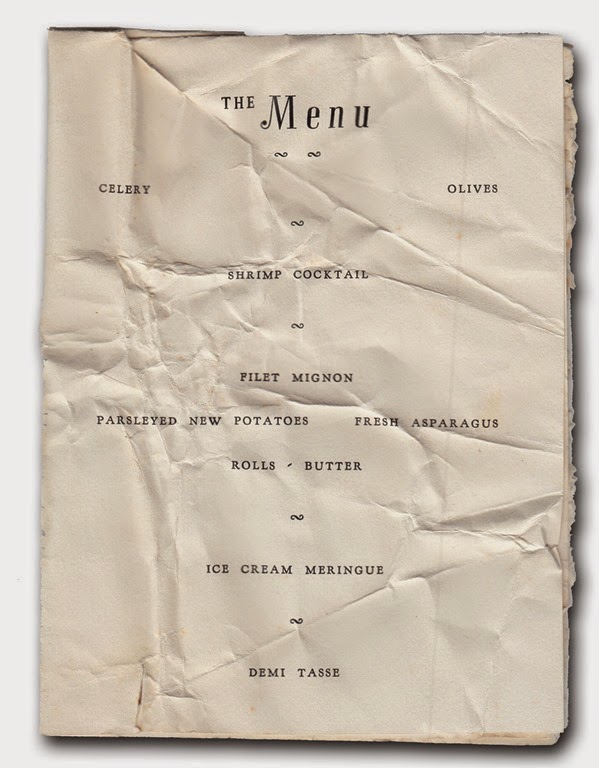 In the 40 years between the 1909 menu and this one from 1949, things have changed dramatically. Cigars, cigarettes, wine and liquor are all gone. However, the starter of celery and olives remains.

I cleaned up the print from the die so that we could use it for a current meeting of the Neurological Surgeons, held earlier this summer. The turtle is the Maryland Terrapin and the bird is the Johns Hopkins Blue Jay. 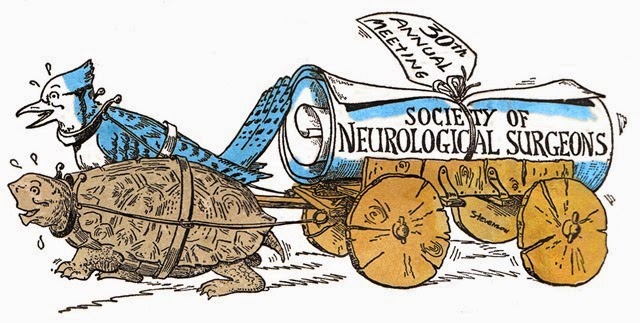 I wonder if olives and celery was a MedChi tradition or whether it was common at one point in time?