Vision: A Biography of Harry Friedenwald

One of our board members recently lent us the book, "Vision: A Biography of Harry Friedenwald" by Alexandra Lee Levin. The Friedenwalds were a prominent Jewish family of physicians here in Baltimore. 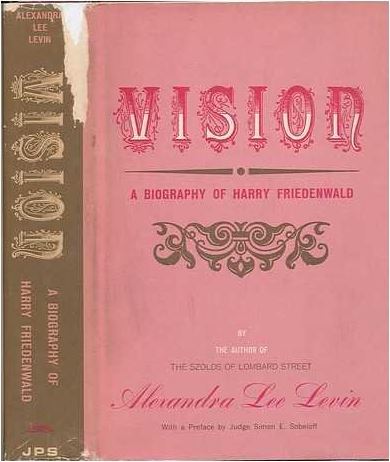 Our hallways are filled with portraits of members of this family: Harry, Aaron, Edgar, and others. In fact, there are so many family members and so many portraits, we're never sure whether we've matched the right name to the right person. (Click the link to see more information on each portrait.) 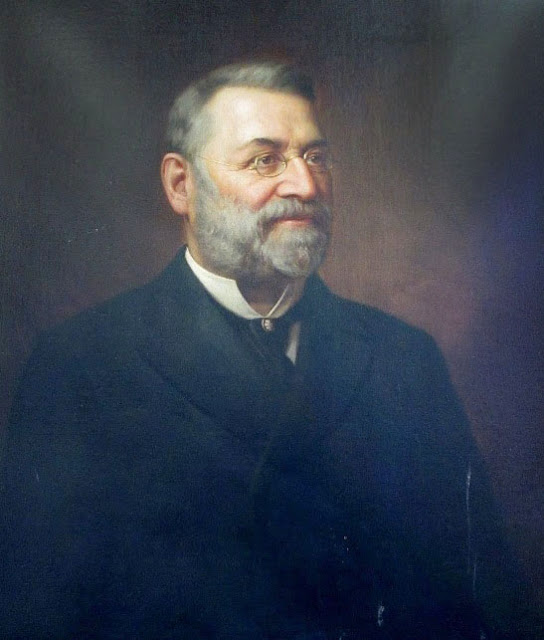 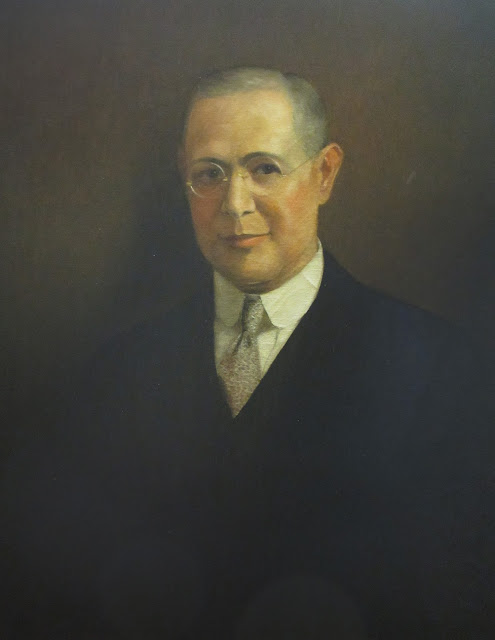 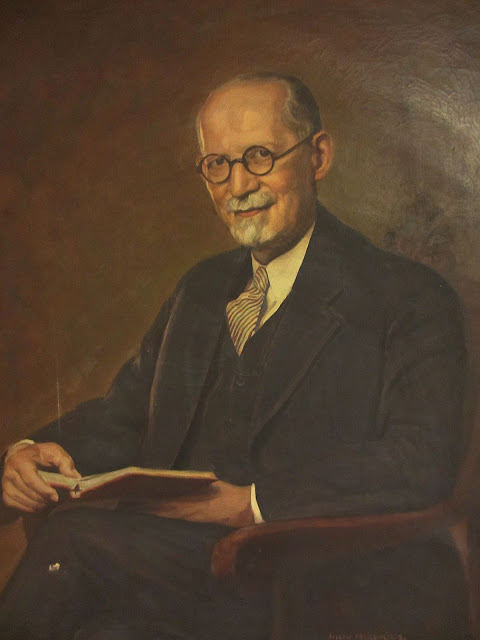 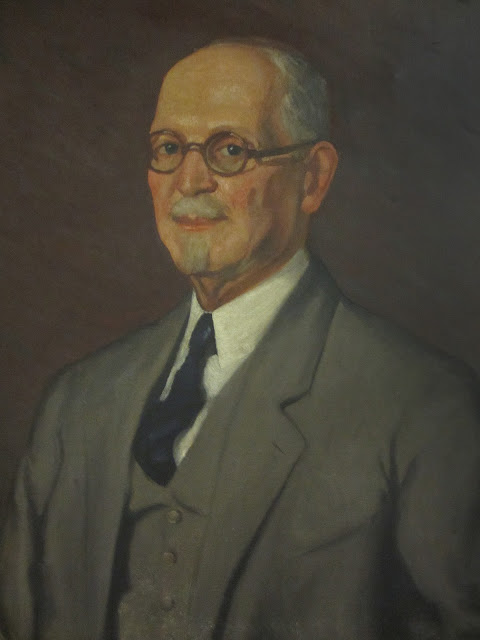 As I said, they're a little hard to tell apart, and since they're not labeled, it's even harder! 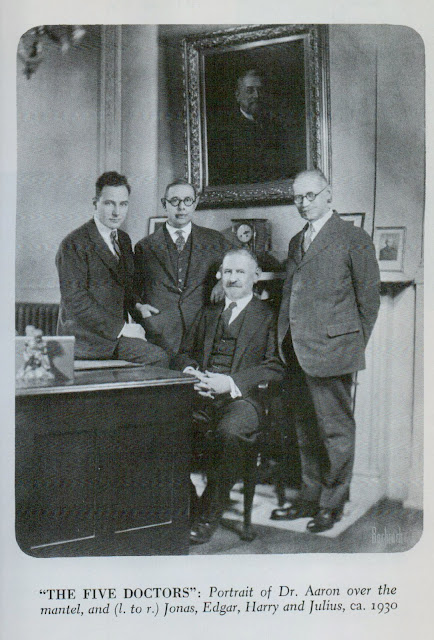 Vision is the story of a man and his family and the impact this American Jewish family had on the world. From the book's cover, comes this:

From Jonas Friedenwald who crossed the sea in search of political freedom and economic opportunity, to Jonas Friedenwald [not the same one] who enjoyed a worldwide reputation as an ophthalmologist, we have four generations that, as a family, progressively exemplified personal and cultural adjustment, professional achievement, and devotion to public service of the highest order.

The Friedenwald family led active lives in both the general and the Jewish fields; they were individualists in whom Americanism and Judiasm were harmoniously blended, each aspect enriching the other. 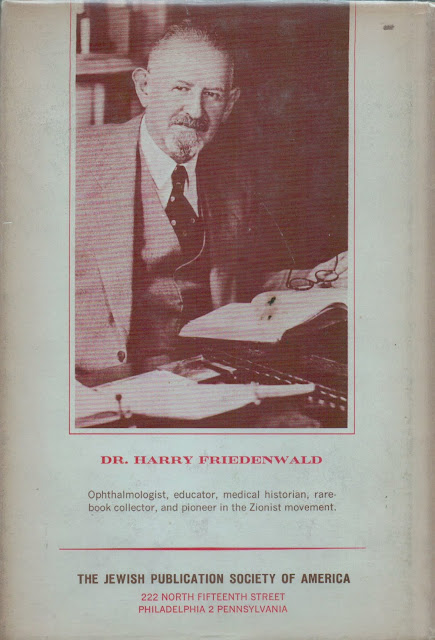 The family were active for decades here at MedChi, serving on numerous committees, as orators, and as presidents of the Faculty. Jonas, Aaron and Harry served as Presidents, and Harry served on the Centennial Committee, which included the publication of The Medical Annals of Medicine, a compendium of the Faculty's first 100 years.

It is really amazing to read about this incredible American family who did so much in Baltimore over four generations.
Posted by Meg at Wednesday, July 31, 2019 No comments:

This summer is going by so quickly, that Sir William Osler's 170th birthday on July 12 just blasted by me. But in this special Oslerian year, I wanted to acknowledge it.

Sir William was born in Bond Head, Ontario, north of Toronto. If you can imagine the territory, NORTH of Ontario in the middle of the 19th century, you might realize what an isolated childhood Osler had. 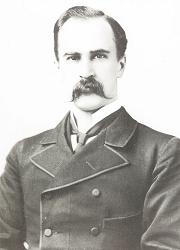 He went to school at Trinity College in Ontario after attending local religious schools in the province. He studied medicine at McGill University in Montreal, the place he always considered his spiritual home. 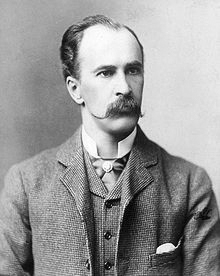 Following several years of travel on "the continent", he returned to Montreal to become a professor of medicine.

In 1884, Osler left Canada for America, and a professorship of medicine at the University of Pennsylvania in Philadelphia, where he stayed for four years. 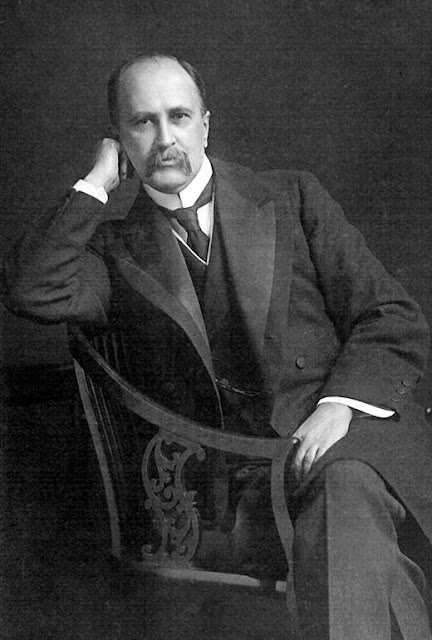 In 1888, he came to Baltimore to help establish the medical school at Johns Hopkins and become the first physician-in-chief at the newly opened hospital. 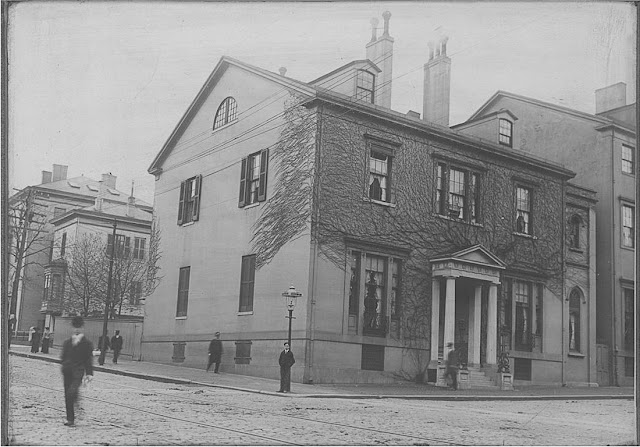 His teaching style, based on the European mode of working at the patients' bedside, revolutionized medical education in America. 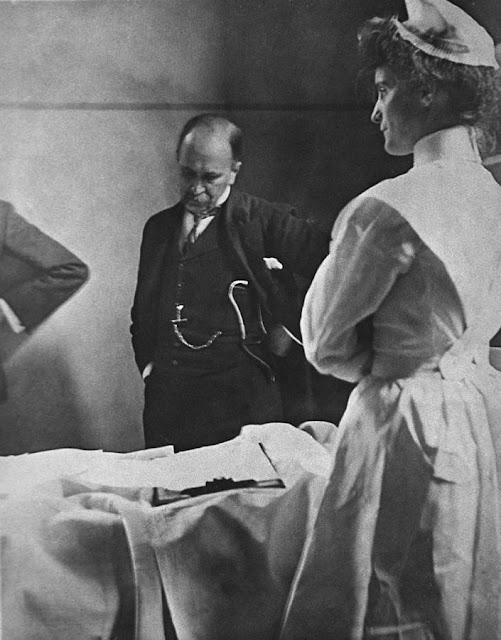 At the same time, Osler began work on his seminal book: The Principles and Practice of Medicine, which would remain in print for the next half century. He served as the President of MedChi in 1896, and was responsible for recruiting our long-time librarian, Marcia C. Noyes, and for establishing one of the top medical libraries in the country. 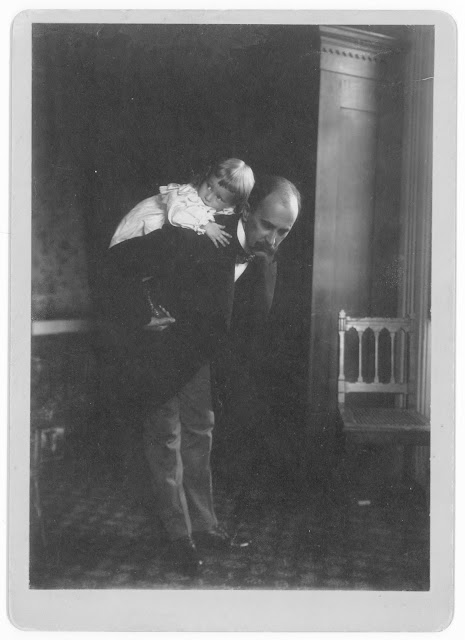 In 1905, Osler and his family left Baltimore for a new life in Oxford, England, 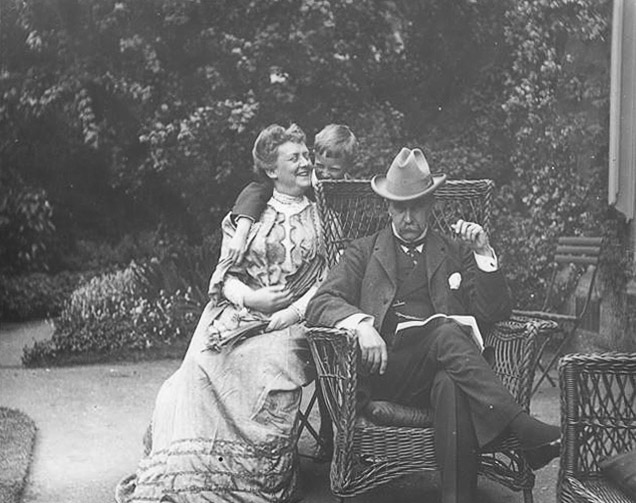 where he had accepted the position as Regius Professor of Medicine at Oxford University. He lived there until his death in December of 1919, 100 years ago. 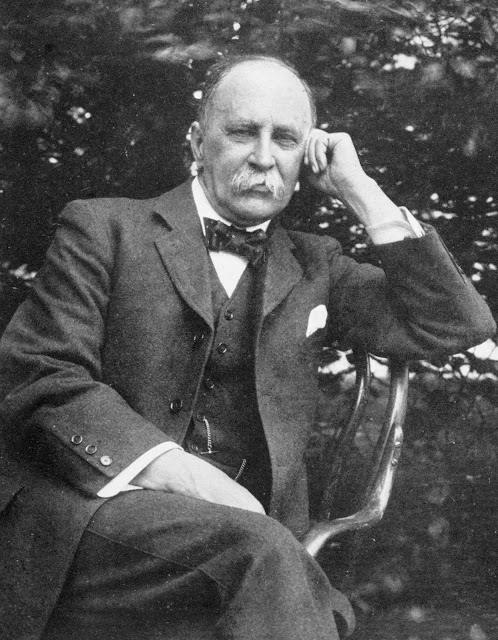