Over the weekend, I read the book "Tom Cullen of Baltimore" by Judith Robinson. It's a semi-autobiography of Dr. Thomas S. Cullen (1868-1953), who studied gynecology under Dr. Howard Kelly at Johns Hopkins, arriving in Baltimore in 1891. The book was written in 1946, several years before Cullen's death. 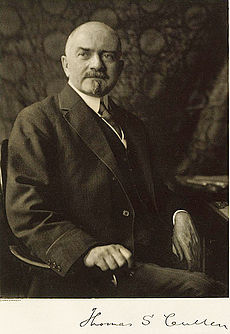 Before serving as the gyn resident under Dr. Kelly, Cullen spent three years in the pathology lab, studying various gynecological tissues and learning about the causes of diseases which affected women. He was a prolific writer, publishing four academic texts, numerous articles, and several monographs, including one on the history of MedChi and one on his close friend, Max Broedel, who engraved Cullen's bookplate. 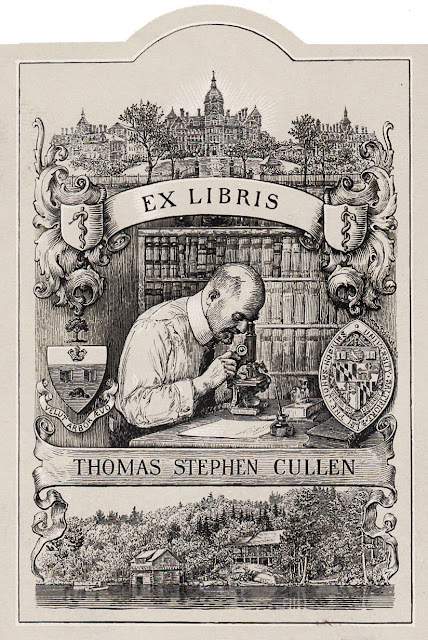 As I said, the book is semi-autobiographical, featuring long passages and personal anecdotes from Dr. Cullen. After he reached Hopkins' mandatory retirement age of 70, Dr. Cullen was active in Baltimore and around Maryland. Among other things, he chaired the Pratt Library for ten years, was the head of the Maryland State Health Commission and the Chesapeake Bay Commission. In the 1940's, he advocated for oystermen to farm oysters, and even conducted a pilot project for 10 years.

Cullen lived most of his life in Baltimore in the Mount Vernon section of the city. One passage in the book reflected his love of the city (and mine as well!).


Charles Street in certain lights can revert. The sky clears after a storm, the day thins and recedes. Along Charles Street, Baltimore is again the Baltimore Tom Cullen knew in youth; the town whose portrait is engraved in old prints, withdrawing in mannerly perspective before the eye of the beholder, accepting with happy serenity of the well-proportioned the homage of regard. It was so, coming to Eager Street on a remembered evening.

New snow on the sills and cornices laid soft-edged accents below and above the ordered rows of lighted windows. The west was blue-green over the gas lamps of the climbing cross streets, the east pale with reflected brightness. Against it on the far hilltop a dome showed - small and dark beyond the balustrade of Mount Vernon Place and the lines of lights falling away and lifting again - the lanterned dome of Johns Hopkins. Tom Cullen broke a silence that was long for him. 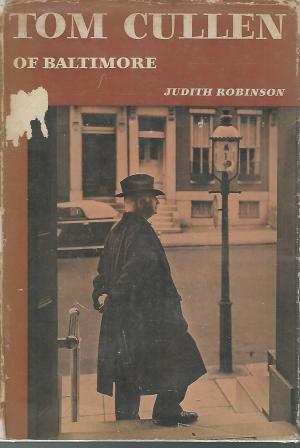 When Brooke Buckley, M.D. was inaugurated as President of MedChi, she hosted a Silent Auction to raise funds for the refreshment of Osler Hall. Two of our board members kindly matched those and other funds which were donated. Over the Christmas holiday break, we undertook a sprucing up of Osler Hall, to much acclaim!

The main steps to the refreshment were:

There were about eight paintings in Osler Hall, with Sir William Osler as the centerpiece behind the dais. We brought up paintings from the basement lunchroom and added them, gallery-style, to Osler Hall. We hired a professional art installation specialist to hang the artwork. 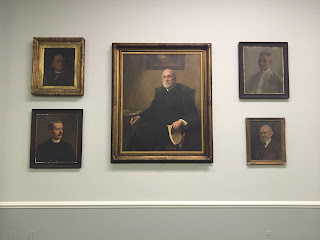 In addition to updating to a gallery-style room, we also bought new tables and chairs! I had found a picture of Osler Hall in the early 1960's, complete with ashtrays and the tables we're still using. We bought tables with wheels which will save a lot of time and effort by the staff who frequently has to reconfigure the room. The chairs we bought are actually comfortable, and slightly wider than the original ones.

Osler Hall was christened on Monday, January 9th for the first meeting of the 2017 Legislative Council. 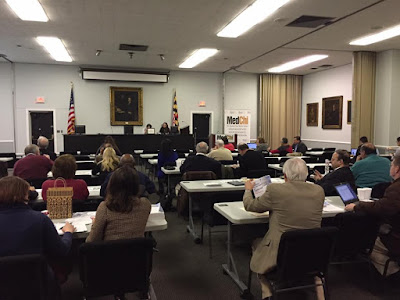 During a break, the entire group gathered for a ribbon-cutting and nice round of applause for the donors who made the refreshment possible! 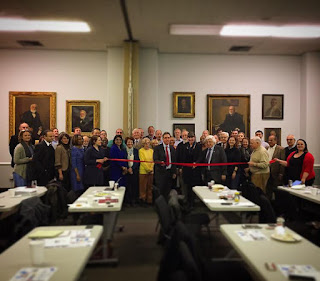 We are continuing the tradition of honoring our past while working for a better future for citizens of Maryland.
Posted by Meg at Tuesday, January 10, 2017 No comments: