As much as we tease Marcia by dressing her up for the holidays, we have the utmost respect and admiration for what she did during her 50 year tenure at MedChi. In addition to creating the Medical Librarians Association, she was responsible for managing the building of our 1909 building, enlarging our library from 7,000 to 65,000 books and much more that we don’t know about.

We are hosting a lecture on Marcia’s academic and professional background, as well as her current status as ghost in residence at MedChi. Additionally, an MFA student at MICA will be showing some of her artwork featuring Marcia. 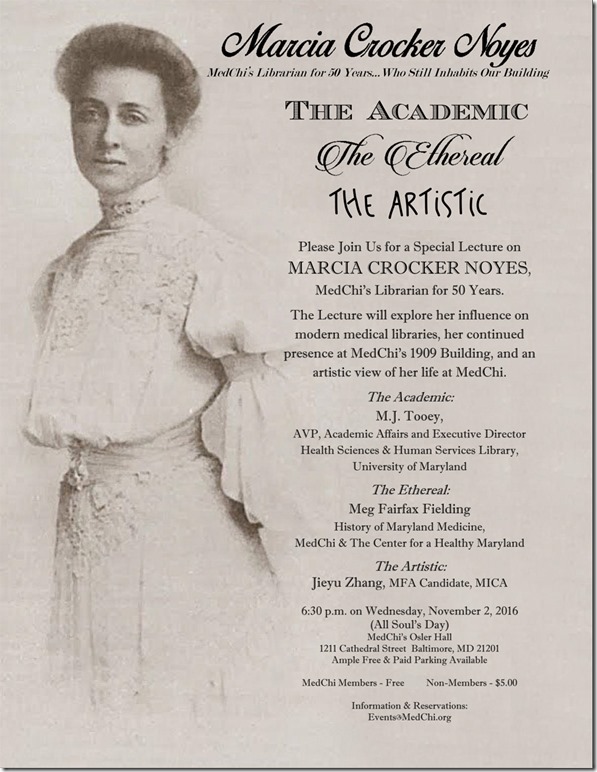 Tickets, which are free for MedChi members, and $5.00 for non-members. For more information, or to make a reservation, please email here.

As I was searching our old bequests files, I came across a character whom I did not know. He was Dr. William Royal Stokes, a long-time MedChi member. He was also the Baltimore City Bacteriologist from 1896 until his untimely death in 1930. 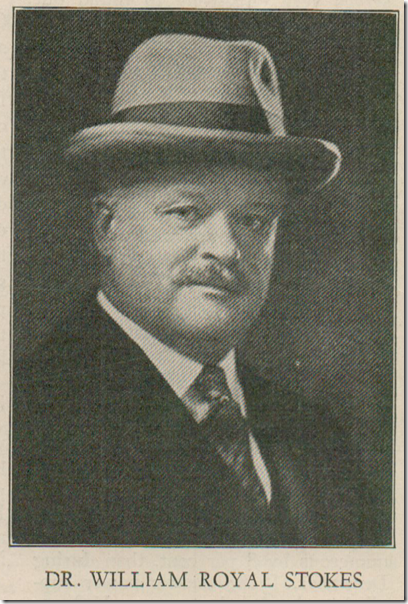 In the file, along with numerous solicitation and acknowledgement letters, bearing the signatures of luminaries including Alexius McGlannan, MD and our Marcia Noyes, I found an old newspaper column called “Man in the Street”. This was a weekly column which researched street names in Baltimore.

Now the position of City Bacteriologist doesn’t sound too grand, but Dr. Stokes was responsible for eliminating typhoid by cleaning up the City’s milk and water supplies. He started the battle against rats, a war which has not yet been won.

In the early years of the 1900’s, the Baltimore City Department of Health made it its business to destroy every parrot in the city, because they were carriers of the dangerous and often fatal Parrot Fever, or psittacosis. 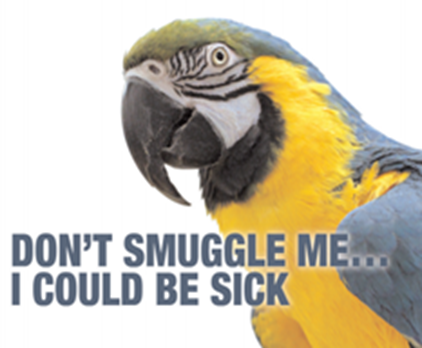 Parrots, macaws, pigeons, ducks and other birds are carriers of this disease, mostly eradicated now. There are fewer than 50 reported cases a year, and those can be treated with antibiotics. Dr. Stokes realized that parrots carried the disease, and he made it his business to find the antidote to this. But this meant closely studying the dead parrots and eventually, he contracted psittacosis and died from it.

Hundreds attended his funeral, including the Governor who was an honorary pall bearer. Dr. William Welch and his fellow physicians at MedChi raised money for a bronze tablet in the Municipal Building. They also raised funds for an annual lecture in his name and a library dedicated to bacteriology.

The city named a street for him – Stokes Drive – which is near the Gwynns Falls Park.

I never know what I will find and where it will lead me.

Marcia has taken off for the beach for a few days, and is spending time drinking margaritas and getting a little bit of a tan. 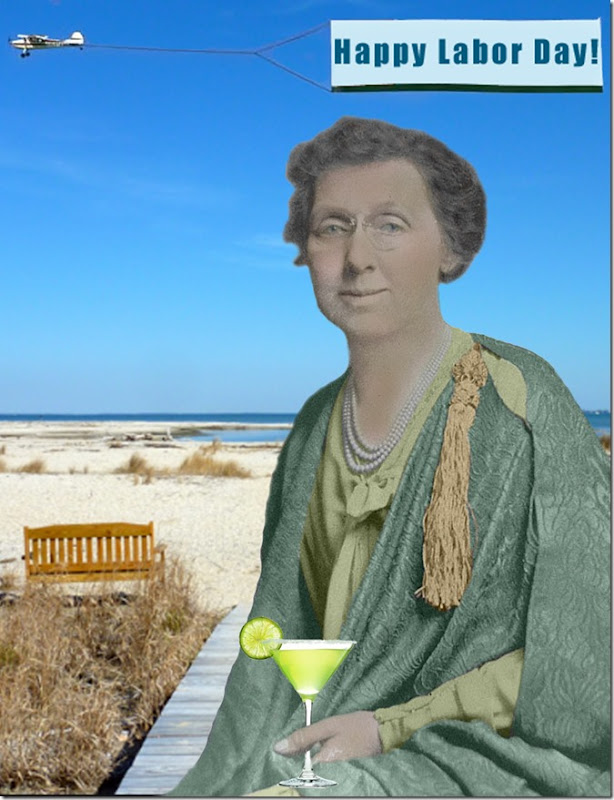 She wishes you all a safe and happy Labor Day!

Marcia also wants us to let you know that we’re doing a lecture about her and her life… and afterlife… on November 2, 2016, which just happens to be All Souls day. Stay tuned for details!