Our beloved Marcia, along with the rest of the Staff at MedChi, the Center for a Healthy Maryland and the MedChi Agency, wishes you a very happy Thanksgiving. 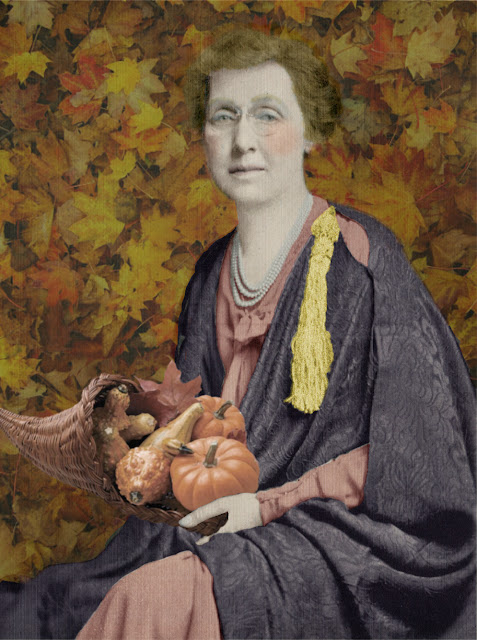 November 27 is the 71st anniversary of Marcia's death. She is buried at Baltimore's Greenmount Cemetery, along with other notables including Johns Hopkins and John Wilkes Booth.

It's All on Eutaw

Eutaw Street and Eutaw Place are two of the iconic streets of old Baltimore, running in a north-south direction, starting close to the Harbor and moving north to Druid Hill Reservoir. It changes from a street to a place where it widens and is bisected by a long park-like median, with fountains, statues and old trees. 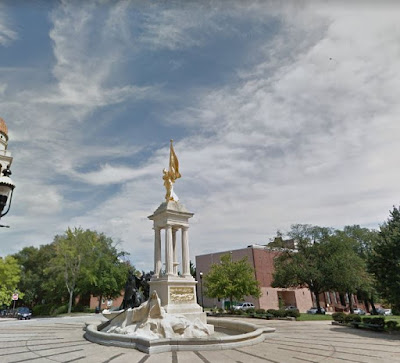 Eutaw Place is lined with huge residential town-houses, many of which are now divided into apartments. 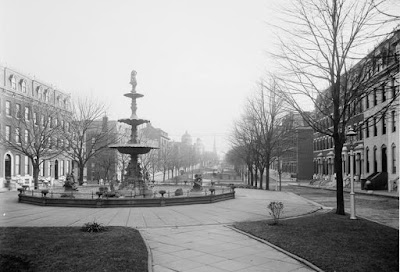 Eutaw Street is more commercial. It is and was a hub of shopping and medicine.

Few streets in Baltimore had a greater concentration of physicians than Eutaw Street, just west of where MedChi is located. In 1895, the Faculty was searching for a new headquarters building and looked first at 837 N. Eutaw Street, but then purchased 847 N. Eutaw Street, where they were confident they would stay for a generation or more. 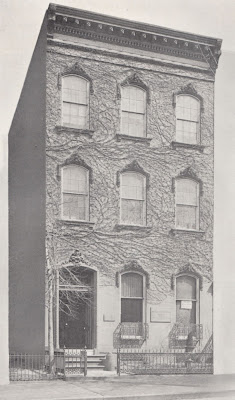 Sadly, it's no longer there, having been replaced by a parking lot. And within 10 years, the Faculty had moved into their new building, just a few blocks away. That building has lasted several generations! 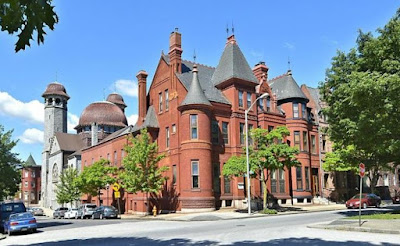 But, as someone once told me, there were almost 100 physicians located on Eutaw Street and Eutaw Place between Dolphin Street and North Avenue. 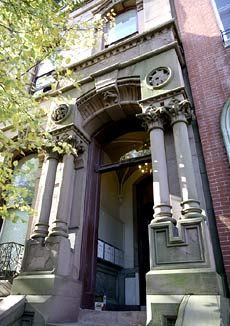 Both William Halsted and Howard Kelly, two of the "big four" lived on Eutaw Place, with Kelly's house still standing and sporting a "blue plaque." 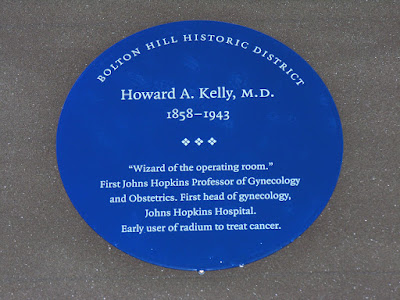 Unfortunately, Halsted's house was demolished in a road-widening effort, but if the remaining adjacent house is any indication, it was amazing.

On the south end of Eutaw Street, there was the Women's Hospital, the Medical Dispensary and some of the University of Maryland's Medical School buildings on the southern end of Eutaw.

And for those of you not from Baltimore, Eutaw is pronounced like the western state of Utah.
Posted by Meg at Thursday, November 16, 2017 1 comment: