What I Found on My Desk

After returning from a nice long four-day weekend, I came into my office to see a nice bright-blue bag on my desk. Looking forward to a treat, I was a wee bit taken aback to find a vintage glass syringe and a pocket scalpel! 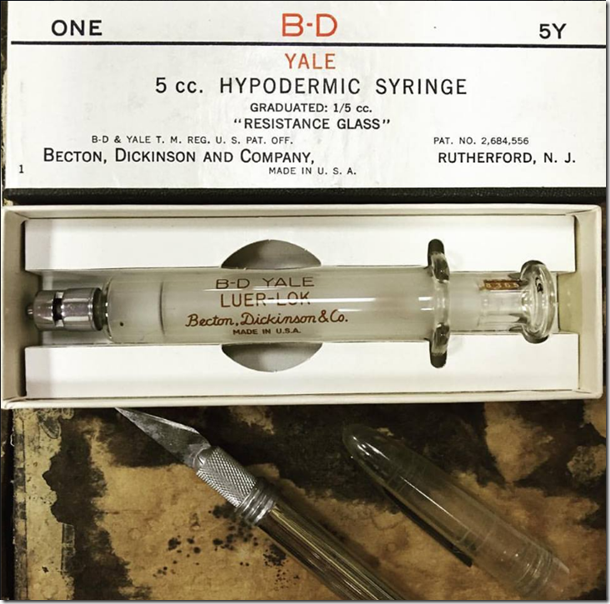 It was kindly given to us by Rosalyn Berkowitz, a forensic nurse examiner who attended the Hunt Lecture last week.

Email ThisBlogThis!Share to TwitterShare to FacebookShare to Pinterest
Labels: On My Desk

Along with the staff and Board at MedChi, Marcia would like to wish you a safe and happy Memorial Day! 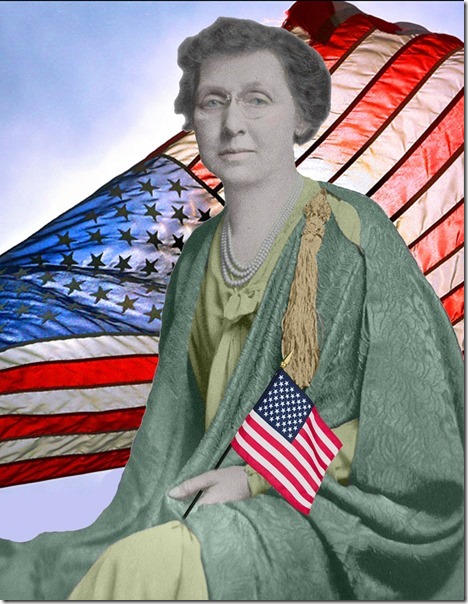 As you may know, we’re using an image that I found in our archives for the invitation to the Hunt History of Maryland Medicine Lecture. 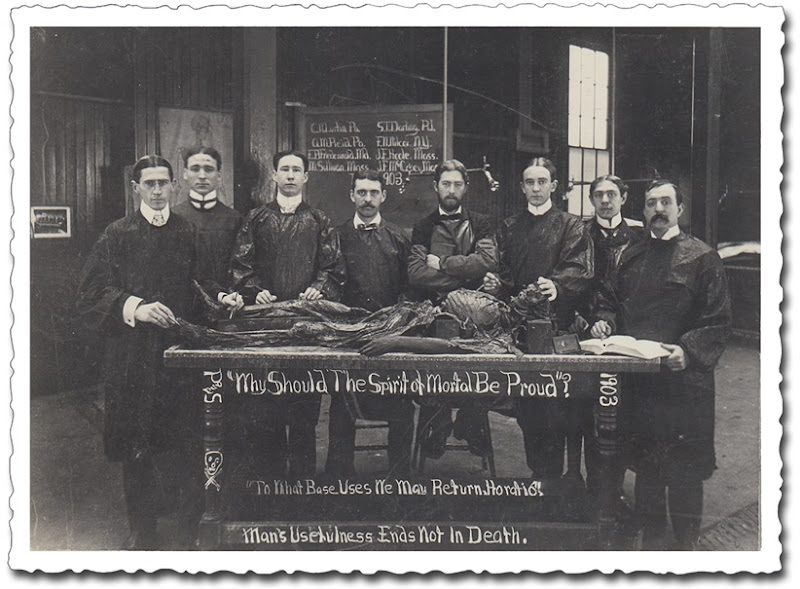 There was a lot of writing on the original image, and with a little sleuthing, I found out what most of it meant.

The top line on the table is taken from a poem by William Knox: Oh! why should the spirit of mortal be proud? Like a swift-fleeting meteor, a fast-flying cloud, A flash of the lightning, a break of the wave, Man passeth from life to his rest in the grave.

The second line is from Hamlet, Act 5, Scene 1, as Hamlet holds Yorick’s skull: To what base uses may we return, Horatio?

The third line, Man’s usefulness ends not in death, has no attribution, but it is also seen on a 1901 photograph of an anatomy class, remarkably similar to our archival photograph, but with no identifying information. (And our cadaver doesn’t have a cigarette in his hand!) 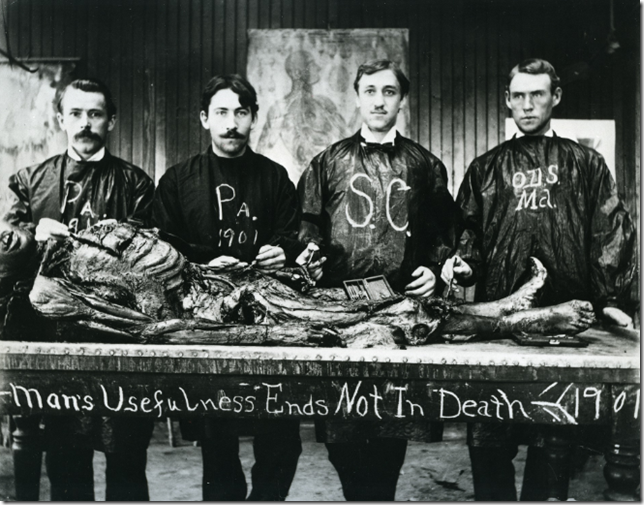 Additionally, there’s also the notation P&S, a skull and crossbones, and the year, which was most helpful in targeting the date of the image. Behind the gentlemen is a list of who is in the image, along with their home states. One of the names is E.B. Friedenwald Md.

We were able to corraborate this is Edgar B. Friedenwald, who was one of a number of physicians in a Baltimore family. He was born in 1879, so the age is correct. Karen Falk from the Jewish Museum of Maryland sent me this image: 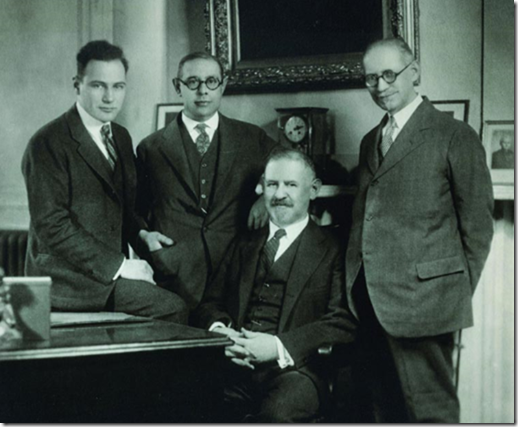 It has become a tradition here at MedChi to present a bouquet of flowers to the winner of the Marcia Noyes Award at the annual Medical Librarians Association meeting. We have evidence, including this piece about an incident in May 1905, that the physicians gave bouquets of flowers to Marcia.

This year’s meeting was held in Toronto, Canada, and with the help of a MedChi friend in that city, we were able to find the terrific Summerhill Florists, who provided the exact thing I wanted: a classic, elegant arrangement. 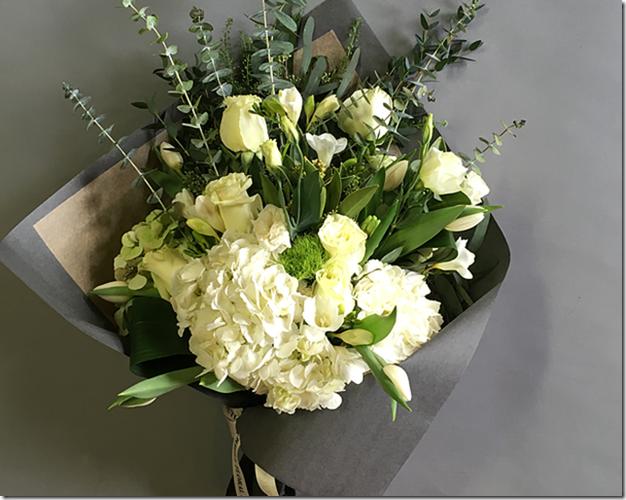 The 2016 winner of the Marcia Noyes Award, the highest award given by the MLA, was Margaret Bandy, AHIP, FMLA, who recently retired from St. Joseph Hospital in Denver, Colorado. The MLA recognized her forty-three years in the profession, where she worked tirelessly to provide information for her library patrons, while at the same time contributing to the body of knowledge that informs the best practices of hospital librarianship both regionally and nationally.

Margaret Bandy’s leadership and organizational skills are widely recognized and appreciated. She is known to her peers as a professional who stands out as a most dedicated and committed librarian. Bandy’s thirty-six years at one institution are inspirational to many hospital librarians and health sciences professionals. Like Marcia C. Noyes, who worked at her institution for fifty years, Bandy’s legacy serves as a reminder that one person can make a huge difference. 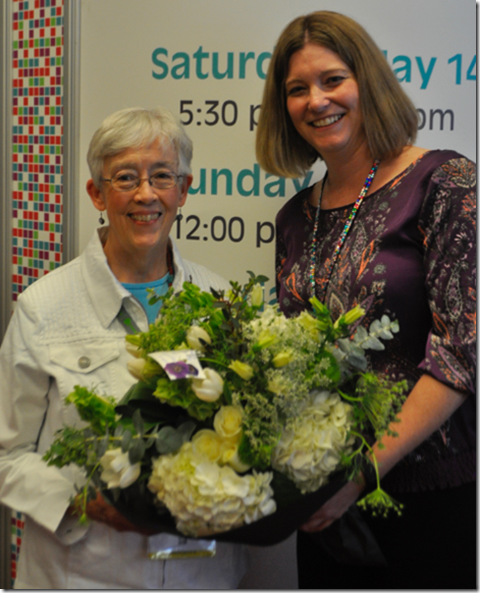 The Board and Staff at MedChi send their congratulations to Ms. Bandy on being selected as the Noyes Award Winner and continuing the librarians who make a significant contribution to the profession.

Email ThisBlogThis!Share to TwitterShare to FacebookShare to Pinterest
Labels: Cultural Exchange, History of Maryland Med, Marcia for the Holidays

I was up in the stacks the other day looking for something in the archives, and saw some fascinating books that were lavishly illustrated. I thought I’d share them with you.

First up is a book on the nose, mouth and larynx, illustrated with beautiful and very detailed engravings, published in London in 1809. I love the author’s congratulations to himself for presenting the reader with the book. 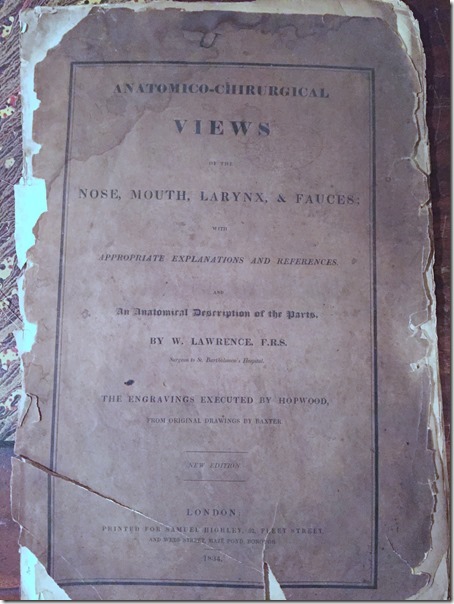 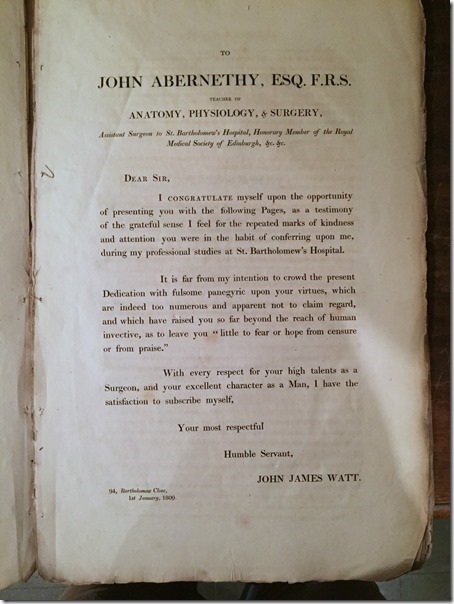 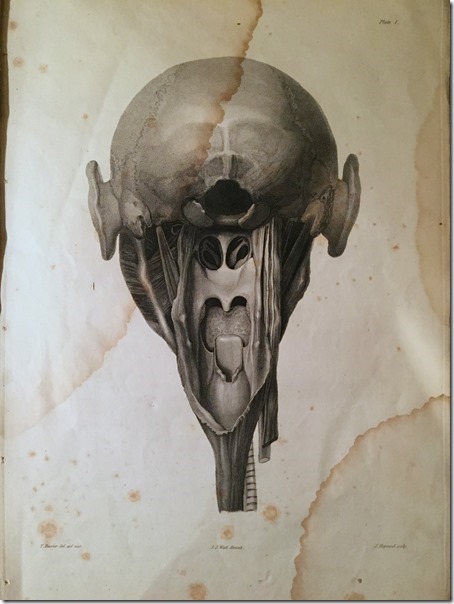 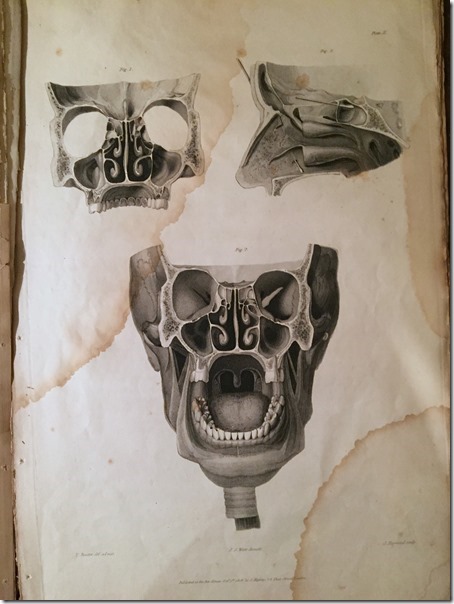 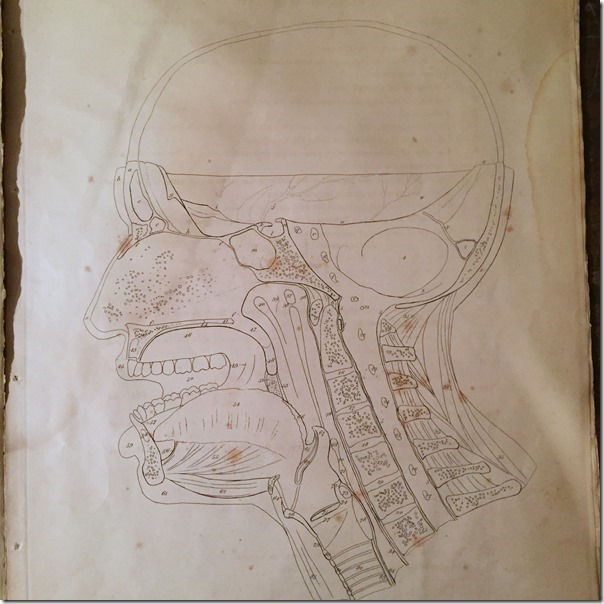 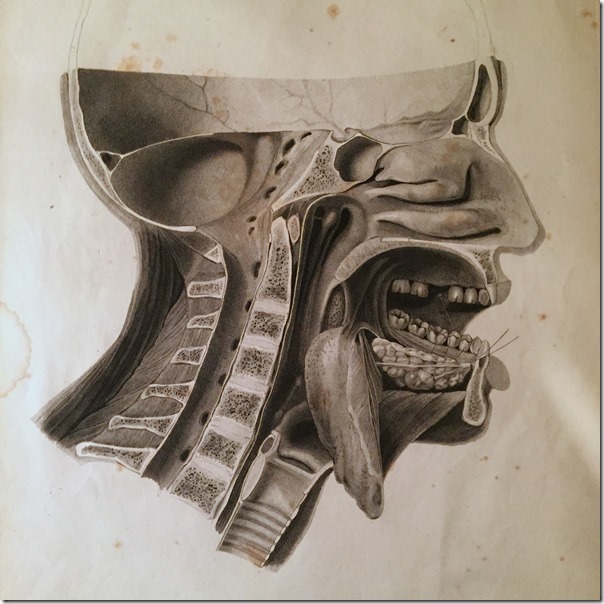 Next is the equally interesting book of 100 urinary deposits, again illustrated, and practically contemporary, having been published in 1890. 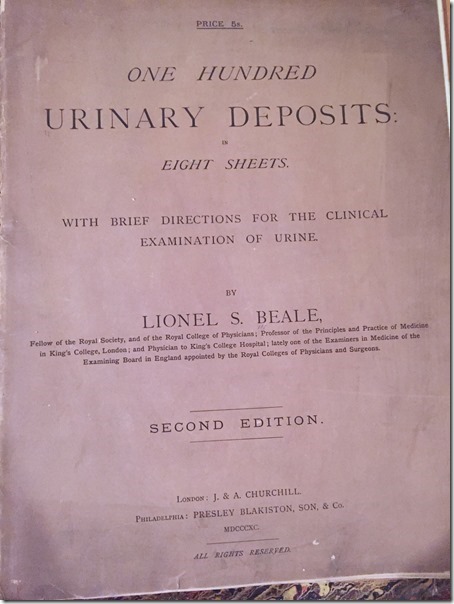 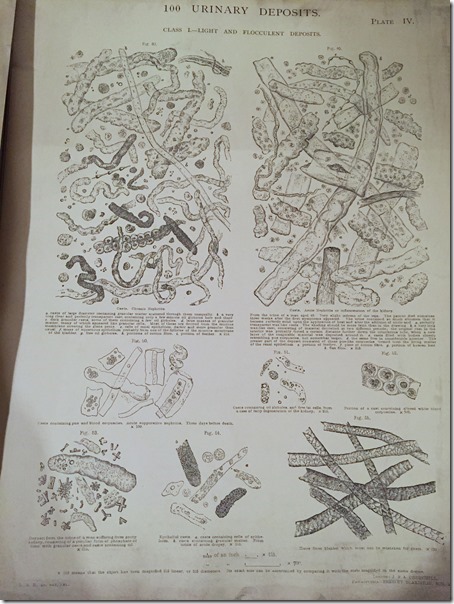 Finally, there’s the medical version of a paper doll! This amazing figure has a slider that shows the symptom’s name and where it’s located. I forgot to take a picture of the book’s cover page, but I am remembering it’s in the mid-1800’s. It’s quite clever. 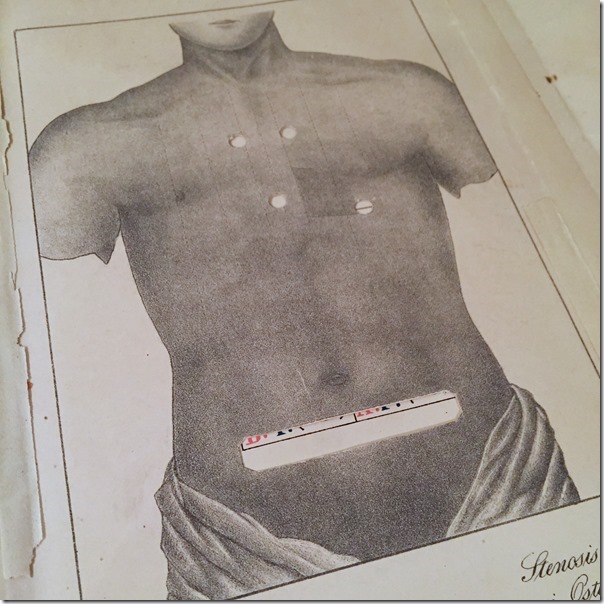 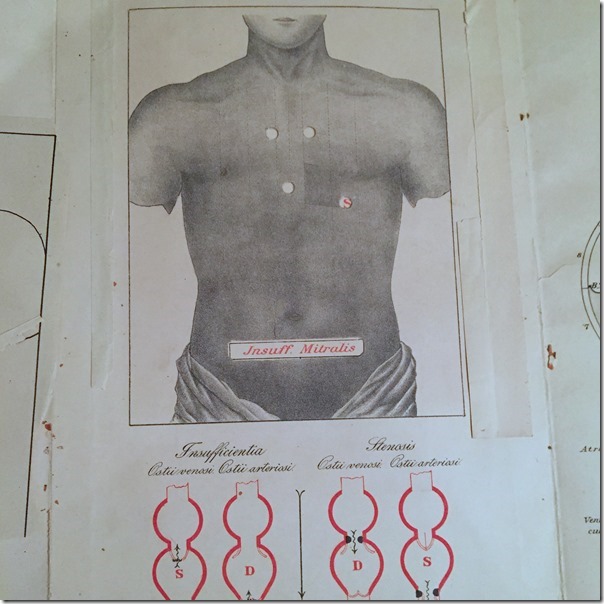 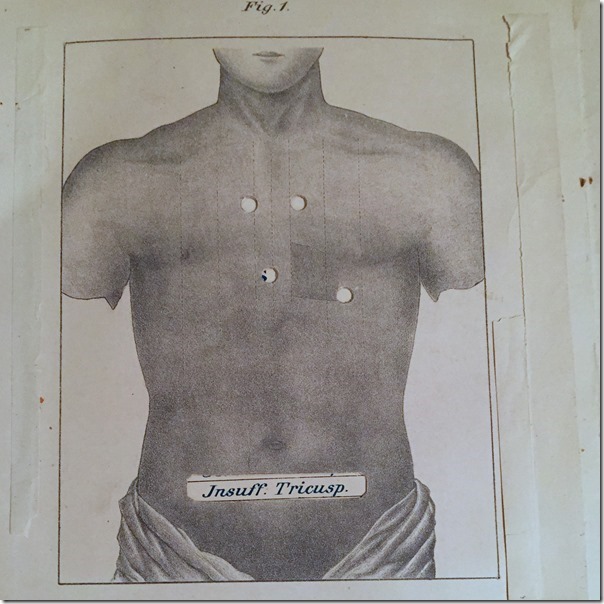 Just some more treasures from our archives and book collection!