A Servant to His Brethren: William Osler’s Influence on MedChi

MedChi, The Maryland State Medical Society and the Center for a Healthy Maryland’s Hunt Lecture Committee are pleased to celebrate and commemorate Sir William’s long association with MedChi in this year’s lecture “A Servant to His Brethren: William Osler’s Influence on MedChi”.
Richard Colgan, M.D. will be the presenter for the the Sixth Annual Thomas E. Hunt, MD Lecture on the History of Medicine in Maryland. This year marks the 110th anniversary of Sir William Osler’s departure from Baltimore to Oxford University in England.
While Sir William is most closely associated with Johns Hopkins, he was President of MedChi and was instrumental in creating our 65,000 volume medical library and building our headquarters on Cathedral Street in Baltimore. 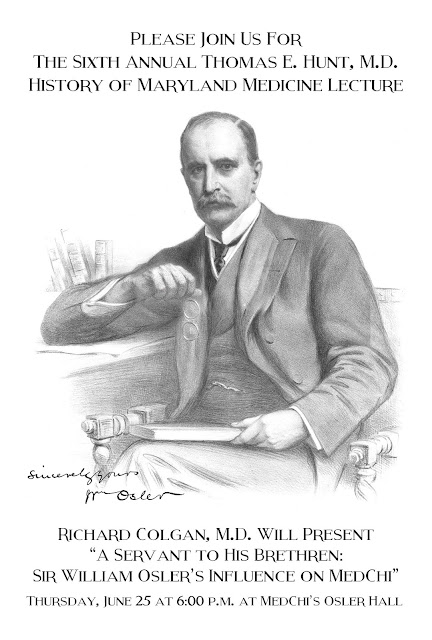