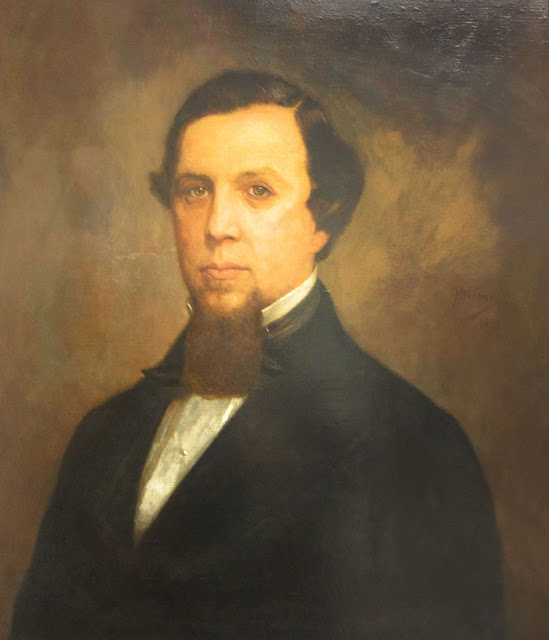 Charles Frick was born in Baltimore in 1823, son of attorney William Frick and Mary Sloan Frick. He studied at Baltimore College, and became a civil engineer with the Baltimore and Ohio Railroad. In 1843 he began the study of medicine as a student of his uncle, Dr. Thomas Hepburn Buckler, and graduated from the University of Maryland in 1845.
He gave his attention to auscultation (listening to the sounds of the body), which was first introduced in Baltimore by his brother-in-law. In 1847, with three others, he organized the Maryland Medical Institute, a preparatory school of medicine. He was the first to keep a daily record of the diseases as patients were admitted, finding that it gave accuracy to his reports while it improved his habits.
From 1849 to 1856, Dr. Frick was attending physician to the Maryland Penitentiary. From 1855 to 1856, he took a conspicuous part in the founding of the Baltimore Pathological Society, and in 1856 was selected to fill the Chair of Materia Medica in the newly-established Maryland College of Pharmacy, which he had helped organize.
In June 1854, he read a paper on the diuretic properties of different drugs as shown by his experiments in no less than two thousand separate observations on the inmates of the prison before the Medical and Chirurgical Faculty of Maryland at their annual meeting.
In 1858, after his return from an extended European tour, he accepted the professorship of Materia Medica and Therapeutics in the University of Maryland, and at the same time took charge of the medical department of the Baltimore Infirmary as visiting physician. He published “Renal Diseases: Their Diagnosis and Pathology” (1850), and contributed papers to the “Journal of Medical Science” and other scientific periodicals.
Dr. Frick died young of diphtheria. His family donated his personal library to the MedChi Library.