During the early part of the 1900’s, our Medical Journals were filled with advertisements for private sanitariums and convalescent facilities, many of which were located in country environs with plenty of fresh air and green grass.

Several of these facilities were operated by the Gundry family, and most were located in the Catonsville (now Irvington) section of Baltimore, just inside of the city lines. 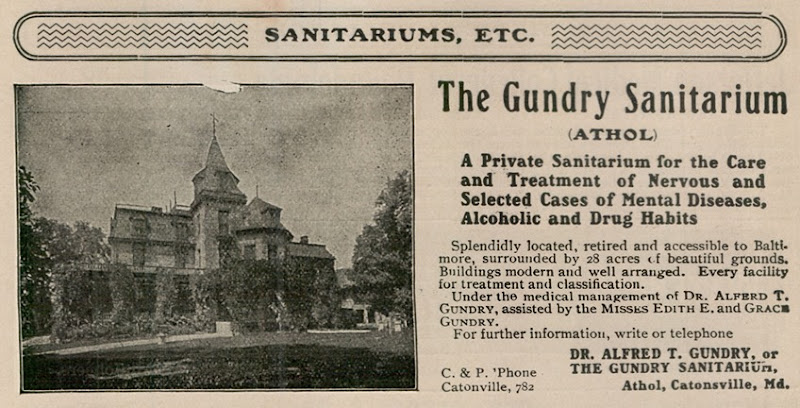 Dr. Alfred T. Gundry served as the medical superintendent at nearby Spring Grove Hospital from 1878 to 1891 where he was a pioneer in ending the use of mechanical restraints on psychiatric patients. In the late 1800s, he established the Gundry Sanitarium on his family farm

Certainly, his brother, Dr. Richard Gundry had some luminaries associated with his facility, including Dr. Osler!

Several weeks ago, Baltimore Heritage, where our History of Maryland Medicine Board Member, Johns Hopkins is the Executive Director, shared some images of the Gundry-Glass house as it is today.

It’s owned by the city, but is abandoned and is being used as a general dumping ground. 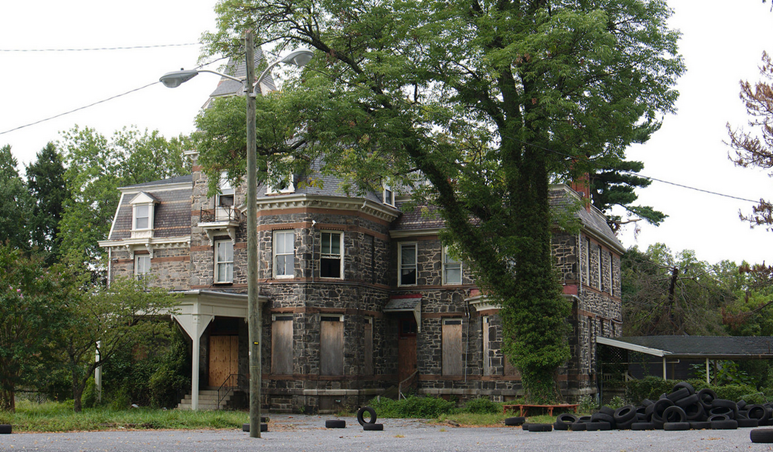 There are several out-buildings, and a few years ago, an idea was floated to have a resident care-taker live on the property and make sure that it wasn’t vandalized or used as a dumping ground. 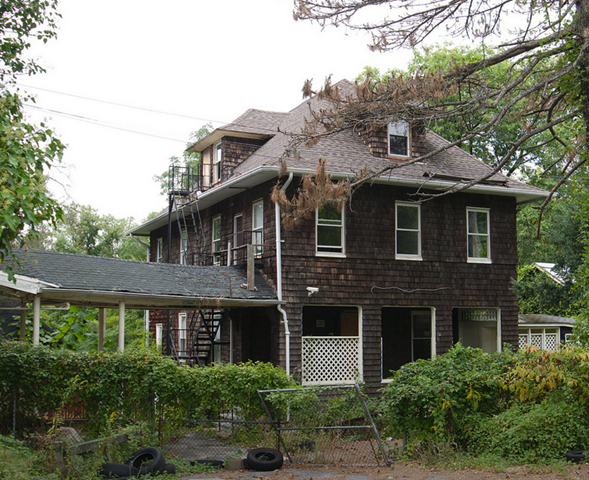 The State of Maryland has a resident curator program for properties such as this. The “curator” lives in the house rent-free, and agrees to renovate, maintain and care for the property for the length of the tenancy. 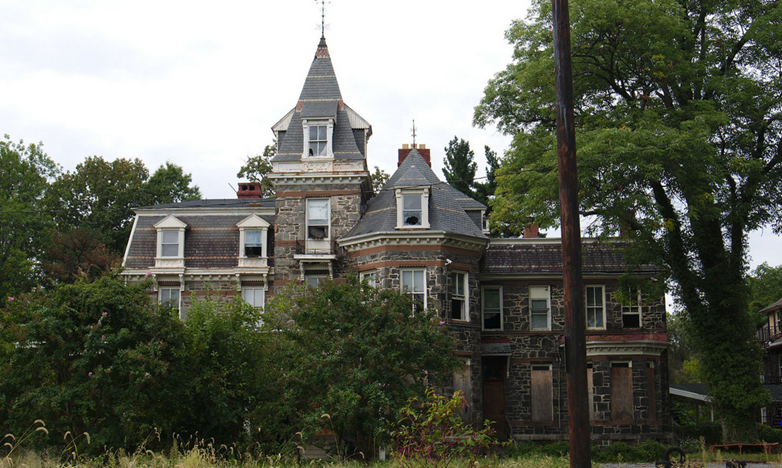 Until it closed in 1997, the property was used as a mental health facility, most recently for children. This property has a long and interesting history, and it’s a shame that it’s been left to fall apart.