Over the long holiday weekend, I was sorting through some boxes of books with a friend, when I came across a book called "Lost Baltimore Landmarks: A Portfolio of Vanished Buildings" by Carlton Jones (1982). 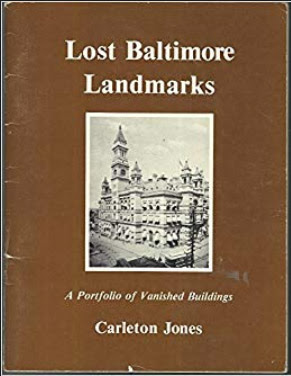 As I leafed through it, my heart just broke to see all of the amazing buildings that used to populate Baltimore. Of course, a great number of them were lost to the Great Baltimore Fire of 1904. A number of them also fell to time, and sadly, to the wrecker's ball.

Nearly buried in the book was a photograph of McNamara's Tavern, otherwise known as the Emerald Hotel. 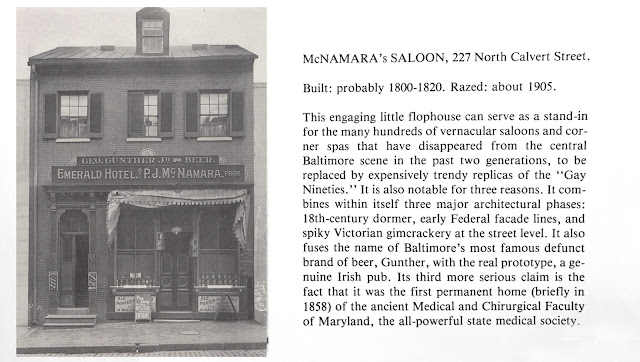 It stood at 227 North Calvert Street and was built in the early part of the 1800's. The book describes it thusly:


This engaging little flophouse can serve as a stand-in for the many hundreds of vernacular saloons and corner spas that have disappeared from the central Baltimore scene on the past two generations, to be replaced by expensively trendy replicas of the "Gay Nineties." It is notable for three reasons. It combines within itself three major architectural phases: 18th century dormer, early Federal facade lines and spiky Victorian gimcrackery at the street level. It also fuses the name of Baltimore's most famous defunct brand of beer, Gunther, with the real prototype, a genuine Irish pub. Its third, more serious claim, is the fact that it was the first permanent home, briefly in 1858, of the ancient Medical & Chirurgical Faculty of Maryland, the all-powerful state medical society.

It's not particularly flattering to realize that our first permanent home was in a flophouse!

A while ago, when I was learning how to colorize images from our collections, one of the first I did was the Emerald Hotel. 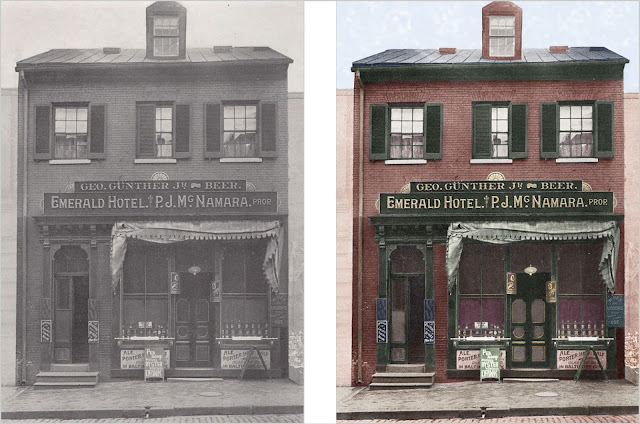 It is really quite amazing how the colors bring the image to life and make it easy to imagine how it once looked.
Posted by Meg at Friday, January 04, 2019