Today is the 111th anniversary of the opening of our building on Cathedral Street. For the first century, the Faculty had bounced from space to space, including at one point, McNamara's Saloon, also known as the Emerald Hotel. 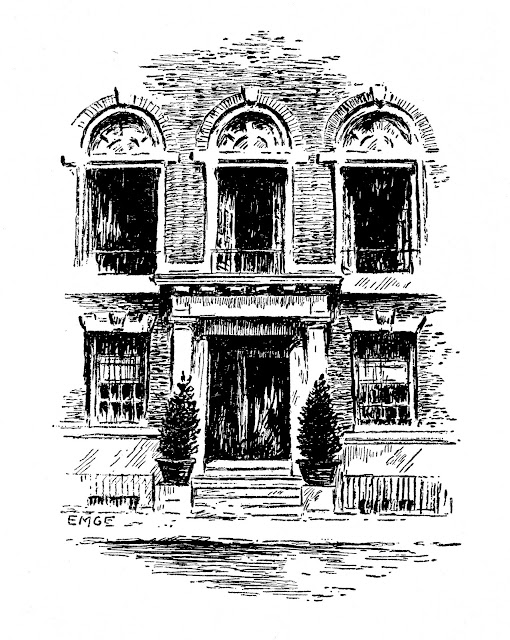 In the early 1890's, the Faculty, as it was then known, purchased a building on Hamilton Terrace, just a few blocks away from our current space, and thought that it would be their "forever" building. But within a few years, they had already outgrown it. Not only was there not enough room for meetings, the space they had anticipated being the library was too small.

Dr. William Osler, who was the President in 1896, not only hired Marcia Noyes, but he also began thinking of constructing a purpose-built headquarters building for the Faculty. It would take another 13 years for this to happen.

During that time, Marcia and Dr. Osler looked at other medical society buildings, and figured out what would make the building as effective as possible for everything that went on in it. Obviously, large and numerous meeting rooms were the top demand, followed by some office space, a reading room and a stacks library.

The County of Kings in New York (now Brooklyn) had a building that seemed to be the model for our current building, which was designed by local architects, Ellicott & Emmart who designed many other buildings around Baltimore. 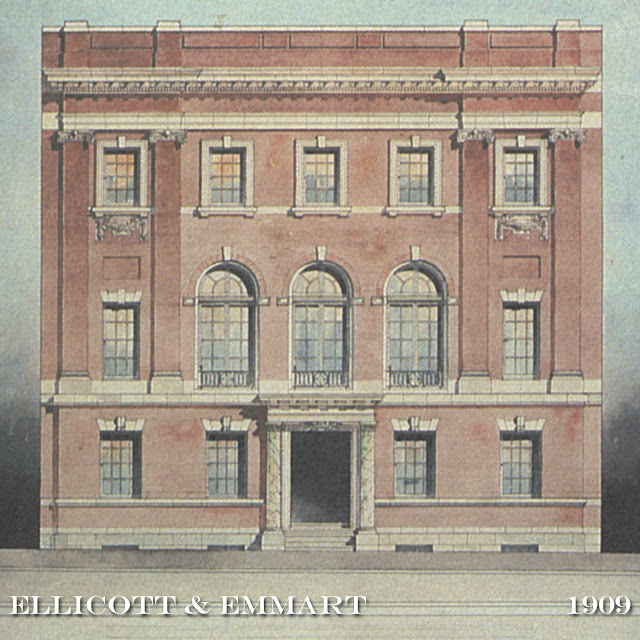 There was some concern between Dr. Osler and Marcia that the Faculty would tear the building on Hamilton Terrace and not include an apartment for Marcia. This fear was allayed by purchasing the lot on Cathedral Street and building from scratch. 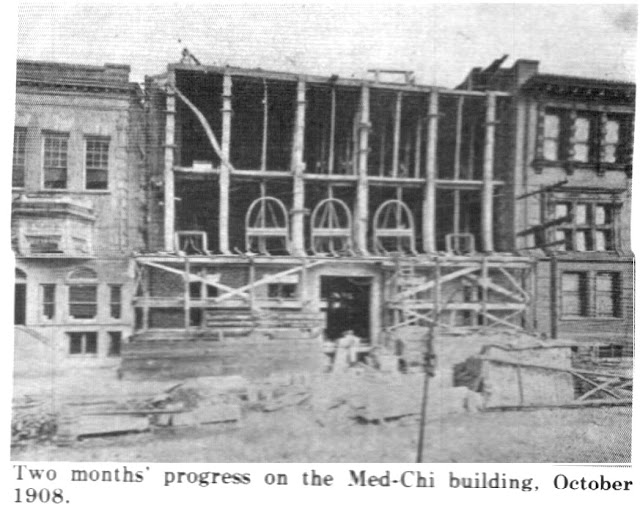 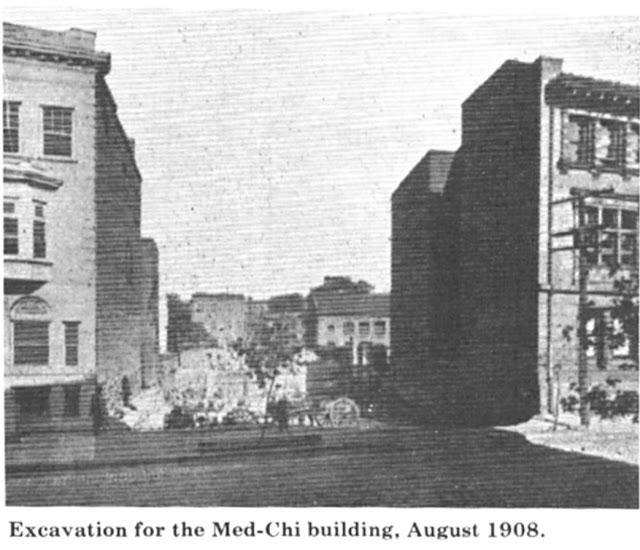 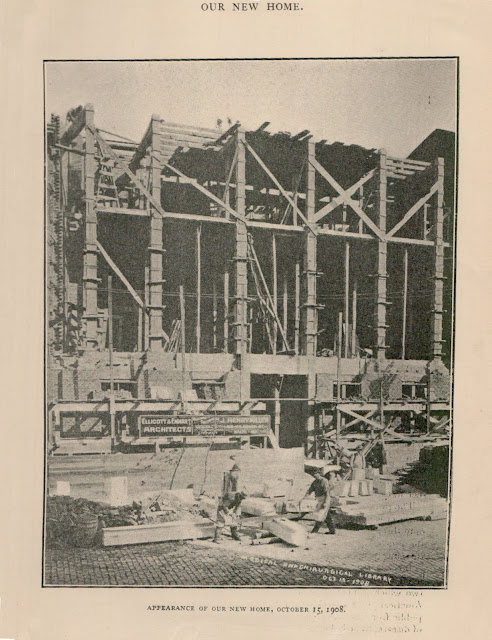 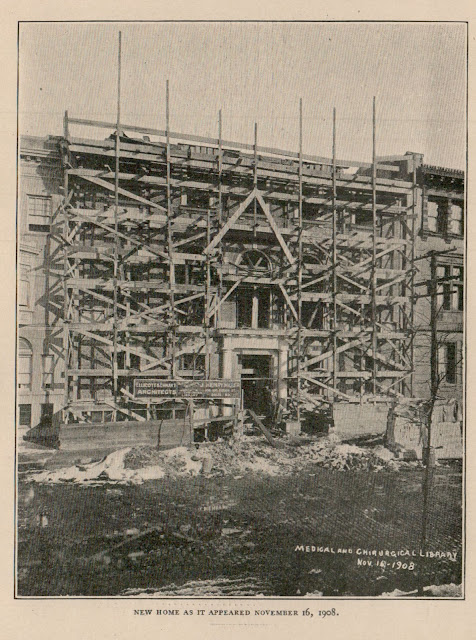 Construction was started in August of 1908. By the time the building opened in May of 1909, Dr. Osler had been living in Oxford, England for a few years, but he was still a big supporter. The opening was arranged with him, so he could be in Baltimore for the celebrations, and for the dedication of the hall that had been named for him. 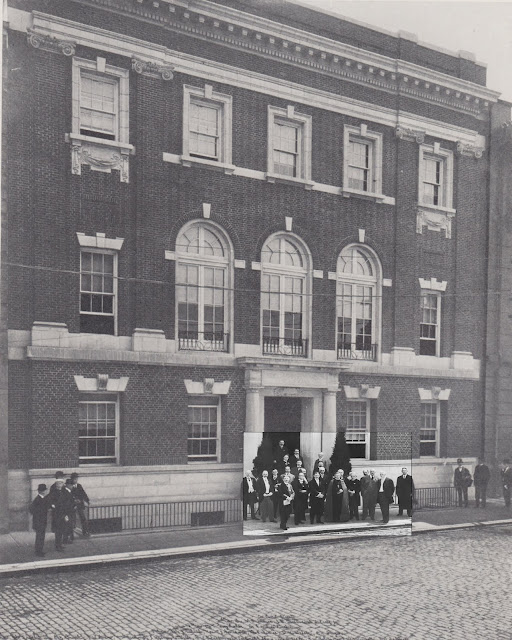 Dr. Osler, along with numerous civic and religious dignitaries and members of the faculty gathered for a dedication on May 13, and then for a grand dinner. In a note to Marcia several days later, Dr. Osler says that he's never been so pleased with anything in his life.

Overall, the building has not changed too much over the past 111 years. A few walls have been shifted, bathrooms were added (although there are still very few), an elevator was installed and some renovations were done. But I think that if Marcia or Dr. Osler were to pop in, they would have no problem recognizing the building that was part of their legacy. 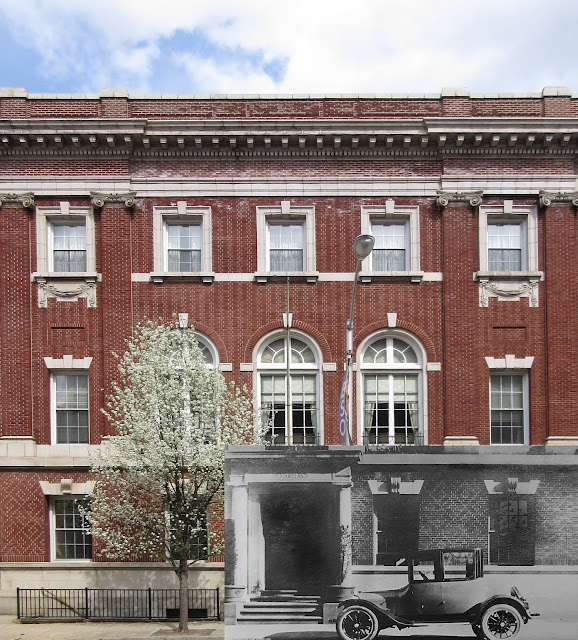 As Dr. Albert Chatard said at Marcia's retirement about the building they'd created, "Miss Noyes created a reality of the hopes and dreams Dr. Osler formulated while he was at Hopkins… On this foundation, she worked constantly, before and after he left Baltimore, as his understudy to create an atmosphere both effective and genial, so that people would like to come to the building… and would feel that interesting and important things were going on under its roof."

To read more about MedChi's collection of buildings, please click here.
Posted by Meg at Wednesday, May 13, 2020