Surprisingly, there’s not much information about MedChi’s role after the Great Baltimore Fire of 1904.

At that point, our HQ was on Eutaw Street, well north of the where the fire raged. The northernmost point of the fire was Fayette Street. 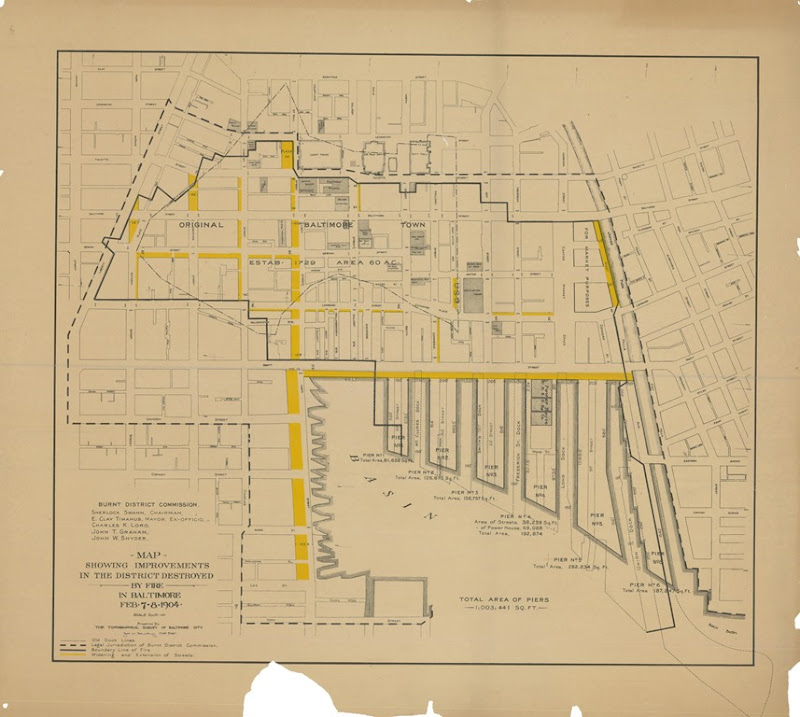 When I was working on the Osler book, I found this passage:

In 1904, the Baltimore Fire wiped out a large part of the business part of the city, and with it, a lot of the rent-producing property belonging to the John Hopkins Hospital. Rockefeller was appealed to in the hope that he might tide over the period of curtailed income, and he finally decided to do so, but before one word came of his donation, Osler had written to the President of the Hospital Trustees, that he would be willing to turn over his salary of $5,000 a year for ten years to take care of the institution’s publications.

As I was looking through some Maryland Medical Journals from the early 1900’s, I found this. 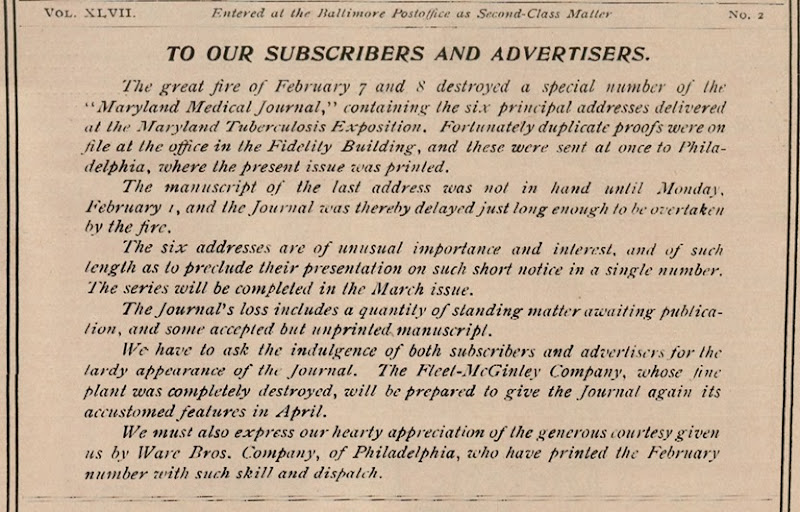 And then a few issues later, this advertisement for the recently-opened Belvedere Hotel. 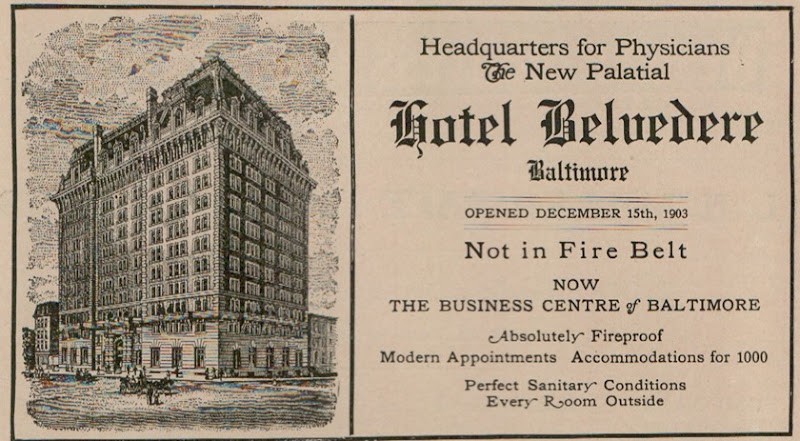 I wonder how many physicians were affected by this and whether MedChi played any significant role during the fire with medical care.